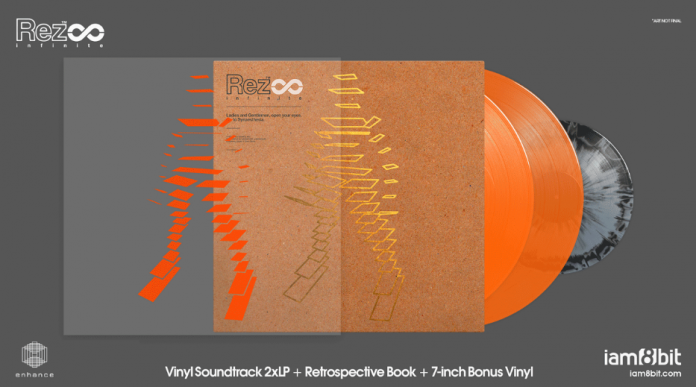 There are a range of merchandise items that will be available, including: a limited edition physical disc version of Rez Infinite for the PlayStation 4; a vinyl records which includes two LPs of music from the original Rez, plus a 70inch record featuring new music; 48 pages of giant Rez images; and Rez Infinite designed t-shirts and pins. Much more detail on each of these items can be found in the blog post.

Tetsuya Mizuguchi, President and CEO of Enahnce Games, wrote a blog post on PlayStation Blog Europe, and outlined exactly why he has come up with the idea of creating merchandise. He first explains that any version of Rez is hard to find, which will change with this latest version, but so are any goods that may have been sold back during its original time.

“Hopefully all Rez fans will find something here that they like, including those future fans who’ve never played before but will give Rez Infinite a try on PS4 or PSVR starting this fall… all without having to go to eBay or hook up a dusty old Dreamcast to enjoy it!”

Pre-orders for all of these items start on 19th August 5pm BST on iam8bit.

Rez Infinite will launch on 13th October, the same day as the PlayStation VR.

For more on the latest from PlayStation VR launch titles, as well as all the news, updates, and features in the world of VR, make sure to check back with VRFocus.