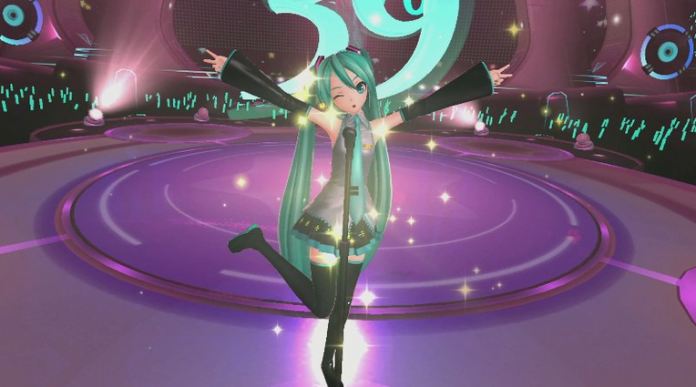 With the recent news of Sony Interactive Entertainment’s (SIE) announcement of the PlayStation VR launch date along with a rich selection of AAA titles it seems that all eyes are on them throughout the Electronic Entertainment Expo (E3) in Los Angeles this week. One title that has been anticipated but not highlighted during the US-based event is the release of the Japanese Hatsune Miku VR Future Live title that will launch on the same day as PlayStation VR for the US, which means this could hint at the Japanese release date.

The news was announced on Twitter from the SEGA feat. Hatsune Miku Project account, which is prodominantly and expectedly written in Japanese, that the release of Hatsune Miku VR Future Live will be the same as the PlayStation VR on 13th October 2016. The reason as to why it puts a question mark next to the release of the console-based head-mounted display (HMD) is that the videogame is only available on the Japanese PlayStation Store. This title is in relation with the previously announced Hatsune Miku: Project Diva X HD which had screenshots recently revealed for it.

The user experience will consist of being part of the audience during the performances and can see things such as when the live venue voltage reaches its maximum, a special stage that has only Miku and the players.

It has been stated on the store website that there will be chances to change the Tone Prelude, Tone Future Sound, as well as the Colorful Tone: “Customization of “Hatsune Miku Project DIVA Future Tone Prelude” alone rhythm games and modules (costume) can enjoy, but if you purchase two additional content as “Future Sound” and “Colorful Tone”, more and more fun Miku ultra volume we can play with us!”

For the latest news, updates, and announcements in the world of VR, make sure to check back with VRFocus.