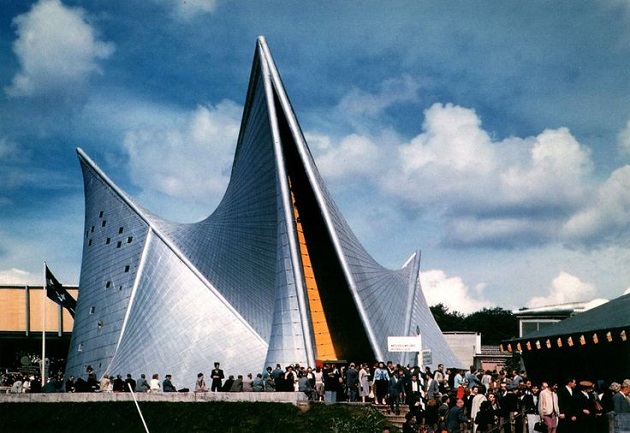 2015 has been a big year for the virtual reality (VR) and augmented reality (AR) markets. The technologies have featured prominently at a number of events, and with the year fast drawing to a close, there are still a number of shows still to showcase AR and VR. Taking place at the Philips Museum, Eindhoven, Holland, this week to coincide with Dutch Design Week is new temporary exhibition ‘Celebrating 90 years of design at Philips’ for which the museum will be launching an AR app.

Dutch Design Week 2015 is taking place in Eindhoven from 17th to 25th October 2015, and this year’s theme focuses on the power of designers’ imaginations. Which is why the Philips Museum has created this one off exhibition. Though the AR app visitors can take a virtual look inside structures such as the Evoluon and the much talked-about pavilion designed for Philips by Le Corbusier in 1958 for the Expo 58 World Fair.

The Philips museum is also organising the Museum Kids Factory in conjunction with the MAD emergent art centre. Children aged 6+ will have the opportunity to work on small craft projects, experimenting with interactive installations and to play with electronics. Activities on offer will feature the Oculus Rift head-mounted display (HMD), LEAP, Little Bits, Lego Mindstorms and more. The Museum Kids Factory will be open from 26th October to 1st November 2015.

VRFocus will continue to follow all the latest news and announcements relating to VR and AR, reporting back any further details.