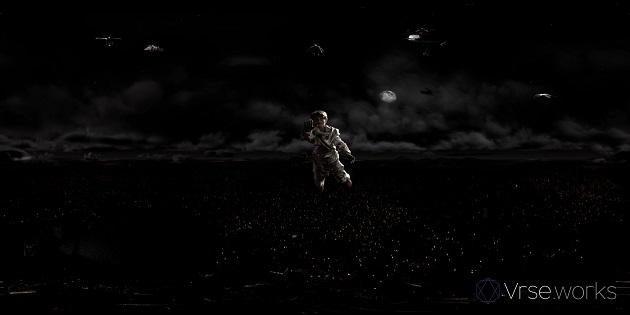 VRSE has quickly become a big name in the virtual reality (VR) video space. The company’s ever-growing suite of 360 degree content has been praised by critics and seen at events around the world if not through the free app that users can install on their smartphones. Much more content is on the way, however, including a new installation at Montréal’s Phi Centre starting this week. Four new pieces are on display and were created in partnership with The New York Times.

The free instillation can be found in the centre’s Virtual Reality Garden. Works include Smile More: The Journey Of A Song, following the creation of a new track by Syd and the Internet and directed by Lance Bangs, and Take Flight, which features performances from the likes of Michael Fassbender and more, directed by Daniel Askill. Then there’s The Displaced, directed by Imraan Ismail and Ben C. Solomon and following the lives of three children forced from their homes by war, and Walking New York, directed by JR, Chris Milk and Zach Richter.

“We’re thrilled to collaborate with the Phi Centre to bring NYT VR, the new virtual reality unit of The New York Times, to this new audience in such an innovative way,” said Sam Dolnick, associate editor, The New York Times. “The Phi Centre’s Virtual Reality Garden is a perfect venue to experience some of the rich, immersive storytelling that NYT VR has to offer.”

Check back with VRFocus for more VR movies.