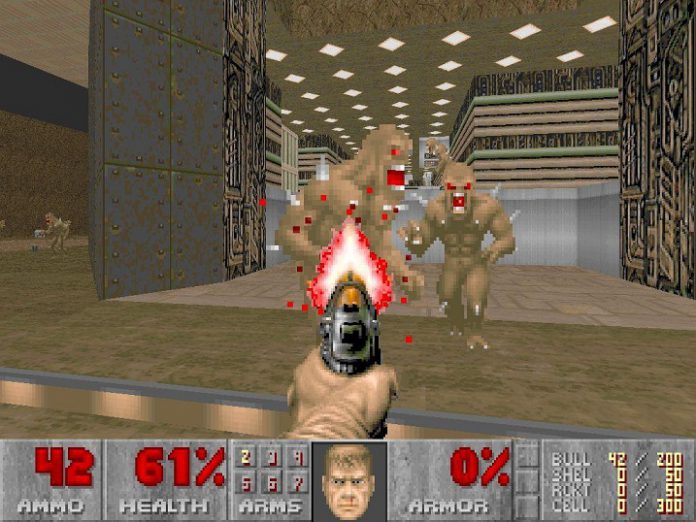 It can be easy to forget that, with all the excitement surrounding the technology right now, virtual reality (VR) still has a long way to go. The first consumer versions of major head-mounted displays (HMDs) will be launching next year but, although deemed market-ready, there’s still a lot to improve on both the software and hardware side. Jason Rubin, Co-Founder of Naughty Dog and now Oculus VR’s head of worldwide studios, uses a very simply analogy to describe VR’s current state, likening it to a pioneering first-person shooter (FPS) and the Call of Duty-sized milestone is will one day reach.

Speaking with Game Informer for its January cover story, Rubin noted that VR is currently in its ‘Doom stage’, but will progress to bigger and better things. “We’re in the Doom stage right now; it works,” he explained. “People are saying “Eh”, but it works. We’ll get to the Call of Duty stage in the same method they did; these little bits of stepping on each other’s shoulders and rising higher and higher in the industry will lead to god knows what, but an amazing game.”

Of course, the Oculus Rift shares something in common with Doom: John Carmack. The legendary developer behind one of the original shooters is also now working on the Oculus Rift himself at Oculus VR’s CTO.

The Oculus Rift itself is due to launch within the first three months of 2016, though a specific price and release date are yet to be set. Rubin himself is part of a team that’s lining up a wide range of launch content for the device, including content from well-known developers such as Insomniac Games, Sanzaru Games and more.

VRFocus will continue to follow the Oculus Rift closely, reporting back with the latest updates on the device.

The post Oculus’ Rubin: VR is ‘in the Doom stage’ but Will Get to ‘the Call of Duty stage’ appeared first on VRFocus.