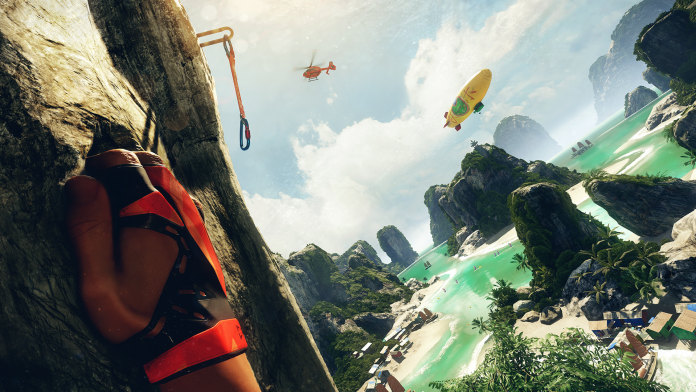 Oculus VR has assembled an impressive line-up of software for the launch of its Oculus Rift virtual reality (VR) head-mounted display (HMD) in March 2016. The company is working with the likes of Insomniac Games, Harmonix, and Crytek on titles that the VR community has already heard from. But what lies in waiting? Does the company have more surprises up its sleeve? It would seem so, as Oculus Rift creator Palmer Luckey recently teased that he ‘can’t wait’ to show fans what’s to come in the future.

Luckey said as much in a series of Twitter posts last night. “I can’t wait to show off all the new games coming to Rift and Gear VR – a lot of it has been in development for years, waiting sucks!” Gear VR is Oculus VR’s mobile HMD made in partnership with Samsung. In the past Oculus VR has worked with the likes of CCP Games and Ustwo Games on the hardware, and has stated that the kit is the answer for those that can’t afford the lofty $599 USD price tag for the Oculus Rift unit itself.

The creator continued, talking about the traditionally spare launch lines-ups of other platforms. “Most new platforms have pretty sparse lineups around launch,” he explained, “I am glad there are so many developers making sure that won’t happen!

“We are going to see high attach rates for good VR games. When most people taste VR, they want to try everything, not just a couple things,” he concluded. Attach rates concern how much software is purchased for a platform stacked up against that platform’s install base. Lucky believes, then, that there are going to be plenty of people snatching up the best VR experiences when the Oculus Rift launches in a few months’ time.

As for his ‘can’t wait’ tease, the VR community is yet to see what developers such as Ready at Dawn and 4A Games are working on in VR. Oculus VR’s Head of Worldwide Studio, Jason Rubin, has also confirmed that all developers partnered with Oculus VR have either signed on for another VR title or pitched one. It certainly sounds as if plenty of VR content is one the way, then.

For the latest on the Oculus Rift and all other VR HMDs, check back with VRFocus.