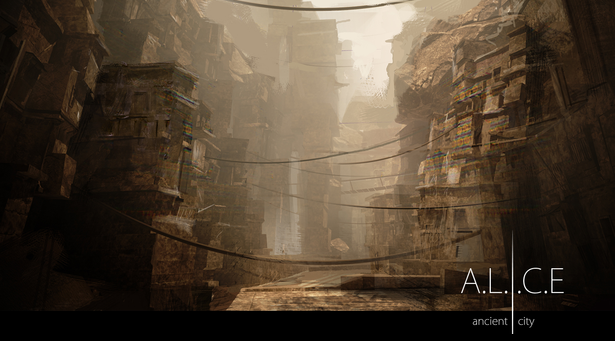 Last month VRFocus reported that Carbon Studios had rebranded its upcoming Alice in Wonderland-inspired virtual reality (VR) adventure from A.L.I.C.E. to ALICE VR. The project began life as an entry into Oculus VR’s 2015 Mobile VR Jam, but the team later moved the project from the Gear VR mobile-based head-mounted display (HMD) to the Oculus Rift PC-based kit. Today, Carbon Studios is returning with another update. The team has now launched a Steam Greenlight campaign for the upcoming project, seeking enough votes to be approved for sale on Valve’s digital storefront.

Complementing the Greenlight launch is a brand new trailer for the project, which can be seen below. ALICE VR is a sci-fi exploration adventure in which players will crash land on an alien planet and set out in search of supplies to get back up and running. It’s not long, however, before the protagonist realises that all of the inhabitants of the planet have gone missing. As they explore their surroundings, players will solve puzzles and make important choices as they discover what has happened to these people and even influence their future.

The Greenlight page also reveals that the project is coming to the HTC Vive HMD in the future and also plans to support the Oculus Touch position-tracked controllers when they release in the second half of 2016. You can get an idea of how they might be used in the new trailer, which showcases some of the huge and surreal areas that players will traverse. ALICE VR is intended to last around three hours and won’t include any horror elements, instead focusing on a more relaxing experience with puzzles.

For the latest on ALICE VR, keep reading VRFocus.