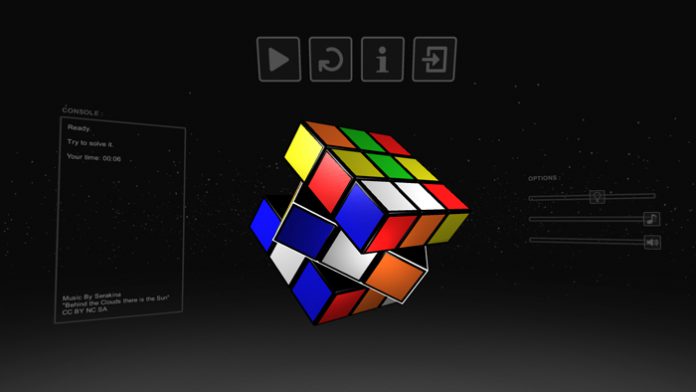 When it comes to puzzles technology can be use in two specific ways. The first is that it can be used to make the puzzle more complicated, to add in twists and variety through complex mathematical equations. The other option is that technology can be used to solve a puzzle far more quickly than you might otherwise do.  The second option is being taken to extremes at the moment especially where the humble Rubik Cube which through the use of computers, sensors and pistons is now being solved in under two seconds.

If that makes you feel bad about your puzzle solving skills, don’t worry – as the Rubik Cube has also been given a new lease of virtual life through a new (unofficial) app on Oculus VR Share. Controlled with a mouse the app, Rubik VR, is for the Oculus Rift DK2 and requires a pre 0.6 version of the SDK but gives you more of an experience with a timer and music player.

A Spanish-language preview video is available and is hosted below. Non-Spanish speakers will however be able to see the app in action and get an idea of how it was made.

VRFocus will be back soon with more new experiences for virtual reality.