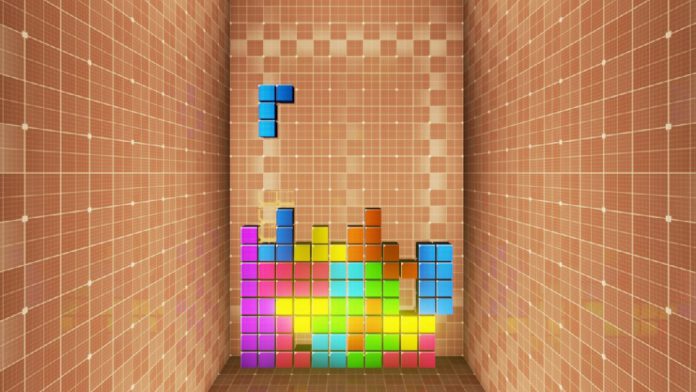 Everything old is new again. When it comes to new technologies and new ways of looking at things often our best judge of comparing the new with the familiar is to bring the familiar into the new.

As you might expect then with a game like Vetris it is a virtual reality (VR) compatible version of the classic videogame experience of Tetris. Although the game page cites as its influence another Tetris clone in Fultris. A game where the playing area expands horizontally with each completed line.

Strangely, or perhaps it is so heavily influenced, no information for a developer is included on the Oculus Share page. Clasified as a Tech Demo, Vetris is compatible with the Oculus Rift DK2 head mounted display (HMD) and requires an SDK version prior to 0.6 in order to play. Further information can be found on its Oculus VR Share page.

New To VR will be back on VRFocus tomorrow with another new VR videogame.