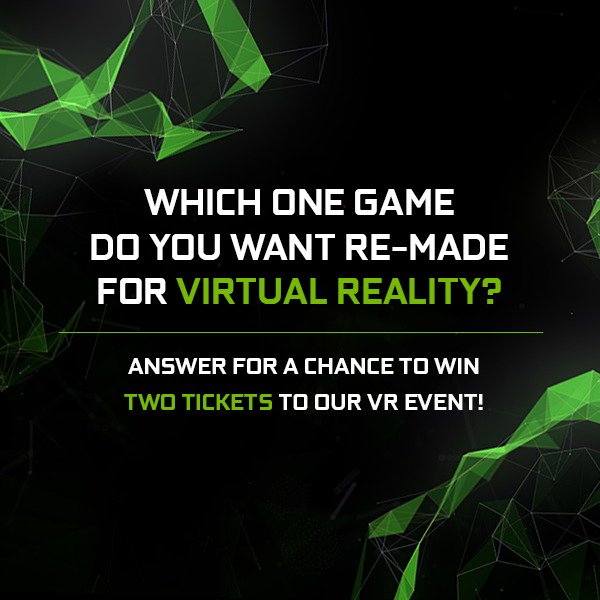 Beginning today (1st December 2015) the competition ends at 23:59pm GMT on Saturday 5th December, 2015. After the competition closes an NVIDIA employee will select the five winners at random to win the tickets. For full details on the rules follow this link.

Nvidia has been keeping quiet on the specific details of the VR event, what videogames will be there, which head-mounted displays (HMDs) will be featured and the actual location. VRFocus will continue to follow the latest announcements from Nvidia, reporting back with any new details.