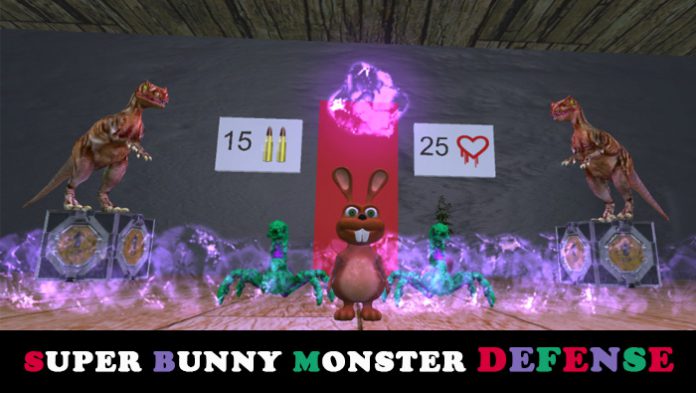 After yesterday’s trip to the Steam store VRFocus is back to the Oculus VR Share platform for today’s New To VR app, a virtual reality (VR) tower defense game from developer Sky Nite.

Set in the not so distant future, scientists have unwrapped the mysteries of life’s biological makeup. This has led to a rush on genetically modified creatures being created in labs for an eager human population, all tailored to their needs. Ever wanted your pet to truly be your best friend? Science can now build you a best bunny buddy at the cellular level.  Unfortunately not everything has gone to plan and some decidedly unfriendly creations has escaped and proceeded to do what rabbits do best. Breed. Now an army of scientific mistakes that are only keen to be friends with your cold, dead corpse have been unleashed. It’s up to you and your loyal bunny friend to use your newfound magical powers (apparently you’ve both been taking night classes, or something) to defend yourself against these hoards of fell creatures or fall trying.

Published by New Dimension VR, Super Bunny Monster Defense is compatible with both the DK1 and DK2 versions of the Oculus Rift head mounted display (HMD). 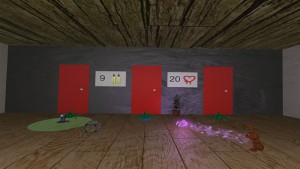 VRFocus will continue to bring you all the latest news from the world of VR and Augmented Reality (AR).

The post New To VR: Mutant Rabbits Are Cause For Alarm In Super Bunny Monster Defense appeared first on VRFocus.