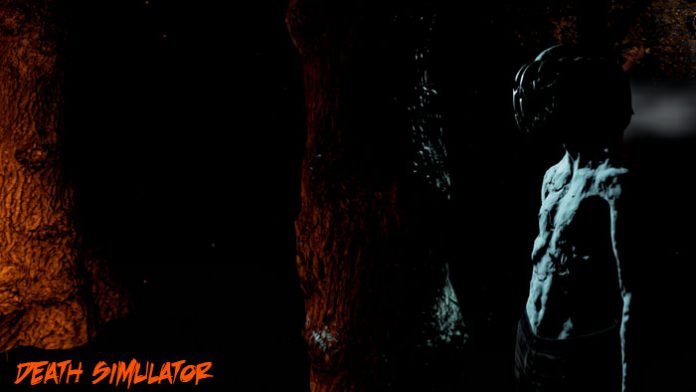 We’re almost done with Halloween now on VRFocus and after today will begin the slow march to Christmas and the inevitable rush of festively themed apps, videogames and experiences. Before we get to that though there’s the matter of the ominously titled Death Simulator: Halloween.

With a trailer that bears the legend ‘Are You Ready To Die?’ death in this virtual reality (VR) simulation is assured. The only question is which of the horrors that could possibly lurk in a forest full of jack o lanterns? I won’t reveal too much on this occasion but suffice to say this particular Oculus VR Share title is probably not for the faint of heart.  The version on VR Share is also an updated version that contains more gore.

Developed by Nicolas Germouty as part of the ETR VR Halloween Jam and published by EnterTheRift, Death Simulator: Halloween supports the Oculus Rift DK2 head-mounted display (HMD). If you would like to see how it, and indeed you, end there’s a video below but it does of course contain spoilers.

New To VR will be back tomorrow on VRFocus with yet another new virtual reality (VR) experience.

The post New To VR: Halloween Comes To A Very Final End In Death Simulator: Halloween appeared first on VRFocus.