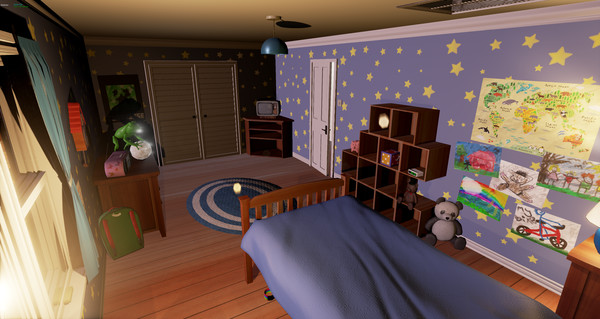 When growing up every child knows that there’s a monster in their room, be it in their closet, under their bed, lurking outside the window or some other location. Today’s New To VR item deals with a videogame that plays on that concept. You’d all best watch out, because the Boogeyman is going to get you!

Developed by Barry McCabe and published by BlackStarGames, Boogeyman is another Early Access Steam title. Taking some gameplay cues from Five Nights At Freddy’s you play as Thomas, an 8 year old boy awake and alone in a dark convinced that the monsters are going to get him – and if you don’t do something about it, they will! Armed only with your torch you must guard against the evil Boogeyman of the title, guard the entrances to the room – or it will be the last night you ever see.

There is, in this instance, no details as to which head-mounted displays are actually supported by the game on the Steam page so that is something that you will have to discover for yourself. You can gameplay on the Steam page and images of the look of the game below.  At the time of writing the game is available for £4.99 (GBP) or your local equivalent. 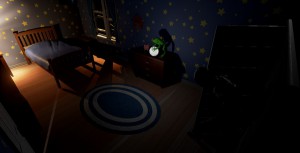 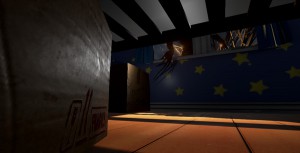 Join us tomorrow for our last New To VR for the week and another trip to the Steam store where it’s time for us all to hit the open road. Be sure to follow VRFocus throughout the rest of the week.

The post New To VR: Beware Your Closet, Here Comes The Boogeyman appeared first on VRFocus.