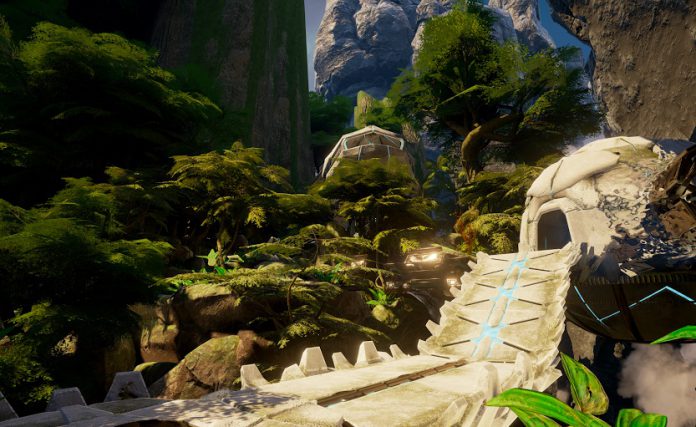 Cyan, Inc. the award-winning creators of Myst and Riven, has announced the official release date for the forthcoming Obduction. As previously reported by VRFocus, Obduction will be launching simultaneously on PC, Mac and supporting virtual reality (VR) via the Oculus Rift and include support for two of NVIDIA’s key VR technologies.

Cyan are set to showcase a brand new build of Obduction at the Electronic Entertainment Expo (E3), Los Angeles, this month as an official selection of the IndieCade @ E3 Showcase. Obduction will have a new world playable, Kaptar, which features soaring cliffs with precarious pathways that lead to ancient architecture, gargantuan machinery, and curious lifeforms.

Also available for play at E3 will be a demo of the unusual world of Hunrath, a bizarre scoop of Earth that includes red rock canyons and a midwestern farmhouse complete with white picket fence – nestled eerily in an alien landscape.

“We’re so excited to once again immerse players in new worlds that offer that same feeling that Myst did — of being swept away into a story and environments that become their world. It’s been invigorating to build this new place with today’s technology to offer the best PC and Mac experience we could. And Obduction in VR crosses an exciting threshold in a new immersive era,” said Rand Miller, CEO and Co-founder of Cyan. 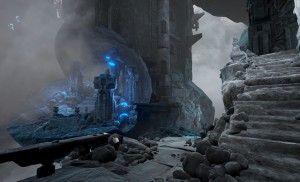 Originally expected to launch later this month, Obduction will be available for download from Steam, GOG.com, Humble Store, Mac App Store, and the Oculus Store from 26th July 2016 for $29.99 USD. VRFocus will keep you updated with all the latest details on Obduction and other forthcoming VR titles from Cyan.