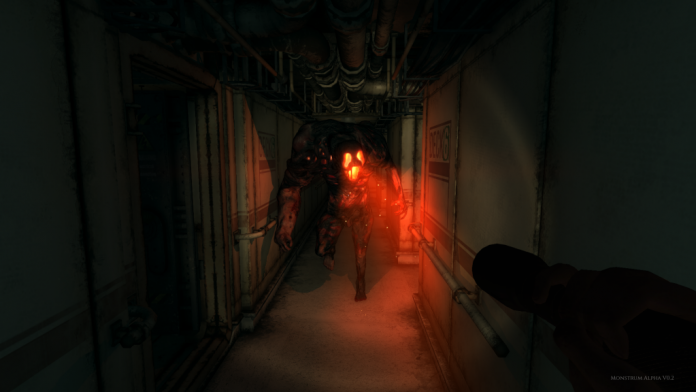 Back in October 2015 developer Team Junkfish added support for the Oculus Rift developers kit (DK2) to its horror title Monstrum, after teasing the addition for sometime. Today the studio has announced that to coincide with Monstrum’s one year anniversary on 20th May 2016, the team have implemented support for the consumer Oculus Rift as well as launching a Steam sale.

The latest update – version 1.4 – has seen the team upgrade from middleware development engine Unity 4, to the latest Unity 5. This switch has allowed Team Junkfish to fix several long term performance issues alongside the Oculus support. The developer will be releasing a full changelog of updates soon, detailing in a recent post: “We have also addressed a number of bugs which will be detailed in the patch notes once the new build is live. Engine changes may result in some new issues that we may not have found during our own testing, so if anything does happen please let us know in our pinned Bug Thread.”

The weekend sale will begin tomorrow at 6pm BST/7pm CET/1pmEST/10amPST, and run straight through to Monday 23rd, May 2016. Gamers looking to purchase Monstrum will get 75 percent off the standard selling price. The sale is only available through Steam, other stores such as Humble and Green Man Gaming will still have the title at the regular price of £11.99 GBP/$17.99 USD/€14.99 EUR.

The horror title is a first-person experience in which all the levels are procedurally generated. Players are put in a derelict ship which they must escape whilst they’re being hunted by one of three different types of monsters. The experience also features a permadeath system, so that once you’re dead that’s it, and the next run through will then be completely different.

VRFocus will continue its coverage of Monstrum and Team Junkfish, reporting back with any further updates.