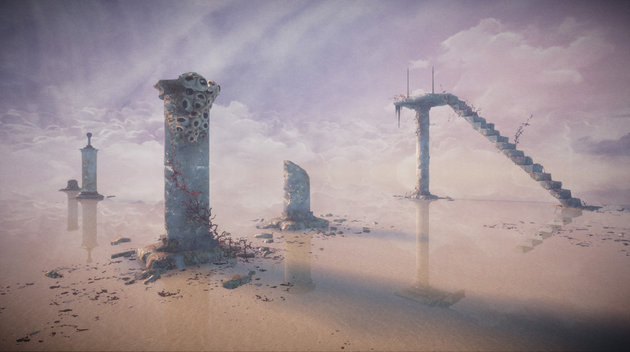 All the way back in August 2014 indie developer Carlos Coronado released a new first-person adventure experience named MIND: Path to Thalamus on PC. The developer has since been working on virtual reality (VR) support for the popular title, bringing Oculus Rift head-mounted display (HMD) integration to the PC version. But it appears this isn’t all that Coronado is working on in VR, as he has this week confirmed that he has another project in the works that will be supporting the technology.

This much was confirmed at the start of PlayStation LifeStyle‘s most recent edition of PlayStation VR Conversations, a series that talks to VR devs including Untold Games and Fireproof Games. The article confirms that Coronado is working on 2 VR projects right now, including a VR port of MIND: Path to Thalamus and a brand new experience. It’s important to note, however, that Coronado’s participation in this series doesn’t confirm that MIND: Path to Thalamus itself is on the way to PlayStation 4 right now.

Coronado suggested as much when talking about the support that PlayStation VR will see as a whole: “I think that [PlayStation VR] can steal the show because it already have a powerful system and potential consumers behind it: the PS4,” he said. “For PC you don’t just have to buy the headset, but a powerful machine to move VR and that is really expensive. Maybe [PlayStation VR] can’t move Mind: Path to Thalamus but I am making a photorealistic (literally) game with it in mind. So yes, there are ways to build good VR for [PlayStation VR]. Can’t wait to show to the public that project, really. It is going to be amazing.”

It’s not yet clear when VR support will arrive for MIND: Path to Thalamus. VRFocus will continue to follow Coronado’s work in VR, reporting back with the latest updates from the developer.