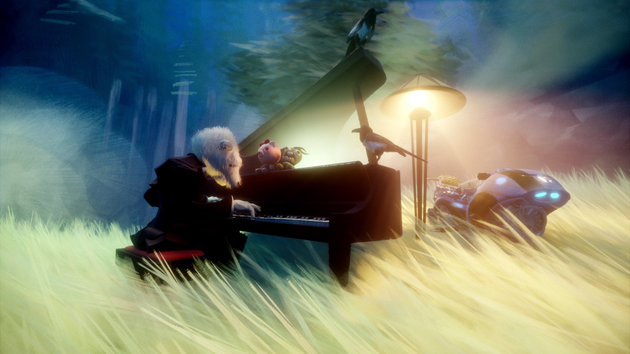 Ever since UK-based developer Media Molecule announced its brand new PlayStation 4 title, Dreams, at E3 2015 in June, there’s been rumours of it supporting Sony Computer Entertainment’s (SCE’s) PlayStation VR head-mounted display (HMD). Those rumours first sprung up when it was announced that SCE’s Anton Mikhailov, who played a big role in the development of PlayStation VR, had joined the team. Dreams was on display again at Paris Games Week (PGW) this week, though no VR support was announced. Despite this, Media Molecule continues to hint at its possible inclusion.

The team’s Alex Evans recently told Wired that the studio jokes about Dreams being the ‘defining’ VR videogame. “Let’s just say there are dev kits on our desks,” Evans said. “We haven’t actually focused on it yet, so I can’t announce VR in Dreams, but we joke that it could be the defining game in VR. When we’re feeling bold. I do think that sculpting and creating in VR is just the most empowering feeling. You’re in this world, immersed, and can create and change it. We’re got to try it.”

During SCE’s PGW press conference earlier this week Media Molecule showcased some of Dreams‘ gameplay. Using an initial avatar known as an ‘imp’, a player was able to essentially take control of a character that had been created using the title’s in-game editing tools. They then journeyed through several environments that had again been created using these tools, solving puzzles and taking control of more characters. The spirit of the developer’s original title, LittleBigPlanet, certainly seems to live on in Dreams, then.

VRFocus will continue to follow Media Molecule’s work with Dreams closely, reporting back with any further VR-related updates on the title.

The post Media Molecule: Dreams ‘could be the defining game in VR’ has PSVR Dev Kits appeared first on VRFocus.