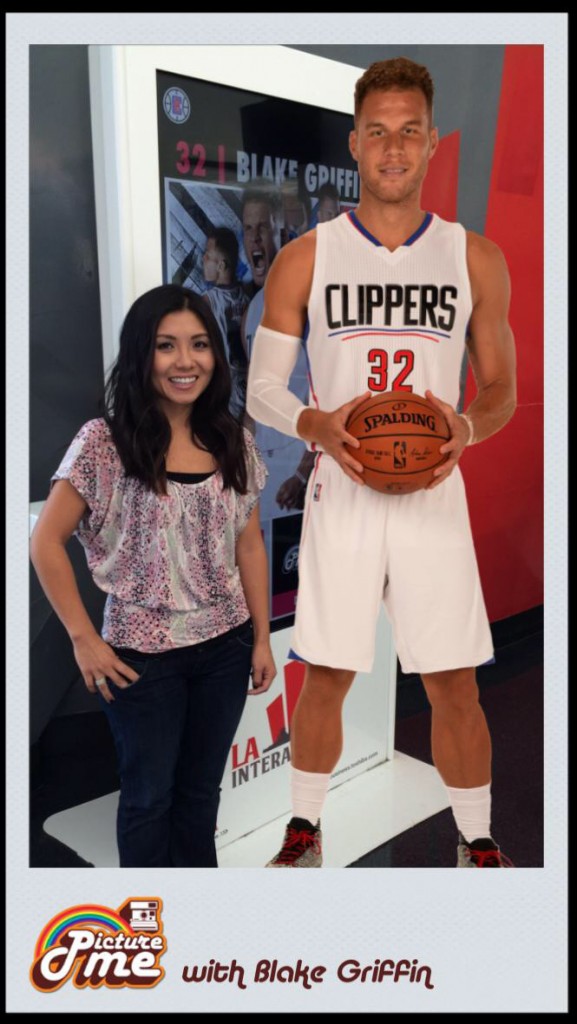 Sports fans are usually keen to try and secure an autograph or photo with their favourite stars at events, but more often than not this isn’t generally possible. Toshiba has created a technology solution for this by developing an augmented reality (AR) app, PictureMe creates true-to-life images of the team’s players with which fans can take a photo.

The app will be introduced within LA Interactive at STAPLES Centre, prior to the Los Angeles Clippers and Dallas Mavericks tip-off to begin the 2015-2016 NBA season. Working in concert with Toshiba’s 65-inch vertical touch screen display at LA Interactive, the AR app projects a digital image of the selected player within the user’s mobile device allowing for a memory-making photo opp. STAPLES Center patrons will enjoy taking their photo with prominent Clippers including Blake Griffin, DeAndre Jordan and Chris Paul as well as Los Angeles Kings fan favourites

“Our partnership with Toshiba is incredible and with their continued efforts to bring new and innovative technology into the arena for our fans, it is a goal we are collaboratively striving to achieve,” STAPLES Centre President Lee Zeidman said in a statement. “The PictureMe App will be another unique way for our fans to engage and connect with their favourite team and players and share their experience on social media.”

“The force behind creating PictureMe was to develop something that would enhance the overall fan experience for passionate Clippers and Kings followers,” said Bill Melo, Toshiba America Business Solution’s chief marketing executive. “PictureMe is unique and fun and gives the fan a takeaway they probably wouldn’t get at another arena.”

Toshiba hasn’t said if it plans to role out the app to other locations, so currently the STAPLES Centre is the only place that it can be used. VRFocus will continue to follow any further updates from Toshiba regarding the AR app.