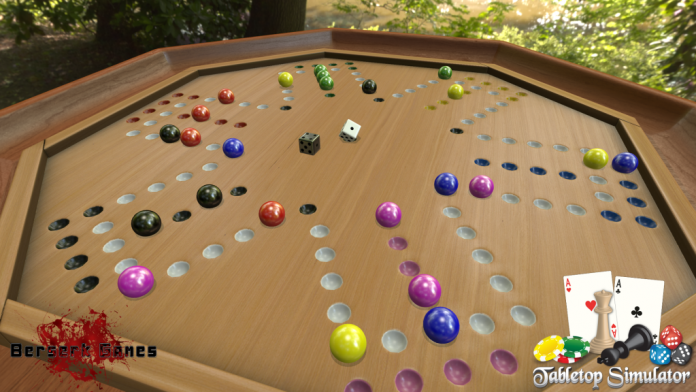 It was only earlier this month that VRFocus reported on Berserk Games finally implementing the long awaited virtual reality (VR) support of Tabletop Simulator. Since then the studio has released several more updates with a big list of further improvements being added this week.

As all the last few updates have included some sort of VR addition, support is now in Beta phase thanks to support from the Steam community. Alongside the changelog of updates the studio has released, a new trailer showcasing how the HTC Vive support works in Tabletop Simulator.

The base game features 15 classics like Chess, Poker, Jigsaw Puzzles, Dominoes, and Mahjong. The new trailer also includes some of the extra DLC packs that are available, such as Zombicide; Euphoria; Superfight; Scythe and Cosmic Encounter.

The full list of VR improvements are as follows:

Tooltips added when hovering over an object just like in the base game.

Sharper image and texture quality thanks to 1.25 resolution scale.

You can control this resolution scale using /vrresscale # in the game tab. (Be careful with this setting)

Make sure to play through the tutorial to learn all of the controls.

You can now shrink much smaller using the transform gizmo.

You can now interact with 3d UI elements like scripts buttons or counters.

Improved performance due to a smaller resolution on the spectator view.

Fixed objects getting stuck picking up for a hand.

Fixed being unable to pick up layered cards like in solitaire.

Fixed voice chat not turning off if toggle voice was enabled in the configuration menu.

Fixed tooltips appearing when hovering over with the your regular mouse.

You can do this in the Configuration -> UI menu.

This works in both the normal and VR modes.

The tutorial will now know what input device you are using Mouse / Controller / VR and adjust the tutorial and prompts to match the device.

Fixed the messed up order of keybinds in the configuration menu.

Fixed issue with flipping table clipping and getting stuck in the air.

VRFocus will continue its coverage of Tabletop Simulator, reporting back with any further VR improvements.