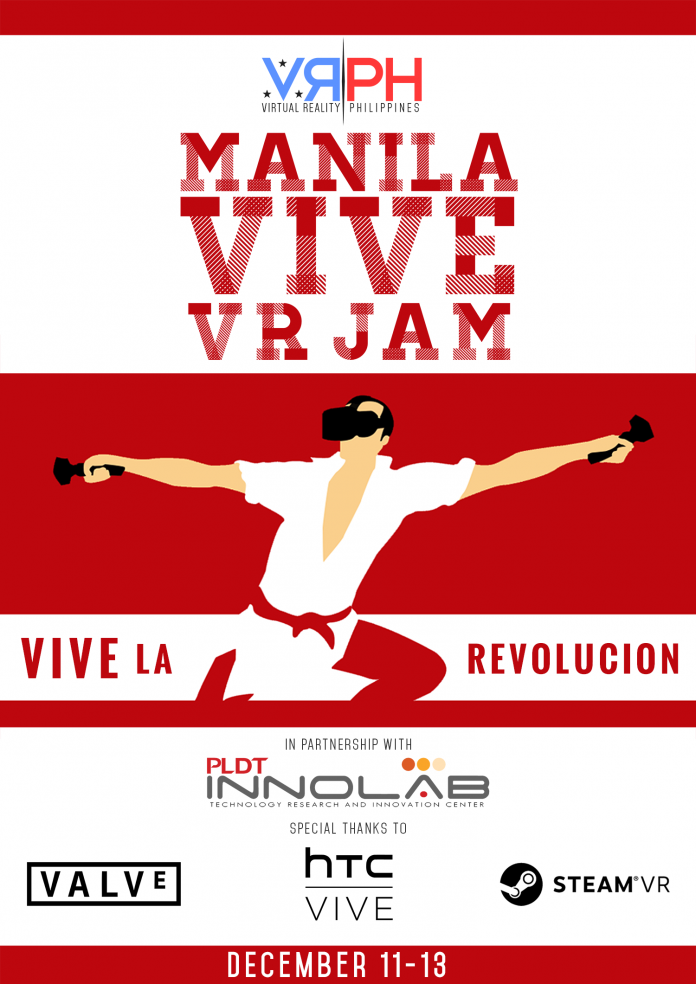 Videogame development jams have proven to be a popular way of coming up with new ideas and experiences for virtual reality (VR) technology in recent years. Oculus VR itself recently hosted a Mobile Jam to discover new content for its Gear VR mobile-based head-mounted display (HMD), for example. There have also been several jams that have focused on HTV and Valve’s anticipated kit, the HTC Vive, which includes Room Scale user-tracking thanks to the SteamVR system. In fact, another such jam is set to take place next month in Manila, the capital city of The Philippines.

A poster for the jam, set up by the Virtual Reality Philippines team, has now surfaced online, revealing that it will take place on 11th – 13th December 2015. It also seems to have been organised in partnership with PLDT Innolab and with help from Valve and HTC too. Further details on the event such as a venue are yet to be revealed. No doubt developers will be able to design projects around the unique features found in SteamVR including the Lighthouse tracking system that follows users around an area of up to 15-feet by 15-feet and replicates those movements in-game.

The HTC Vive is still expected to see a limited launch before the end of 2015, though it’s not clear exactly when that release take place and how many units will be available. Either way, a wider rollout will be taking place in Q1 2016, around the same time that Oculus VR will be launching its long-anticipated HMD, the Oculus Rift. Specific dates and prices for either device are yet to be announced, but expect news in the near future given that the launch window is now quickly approaching.