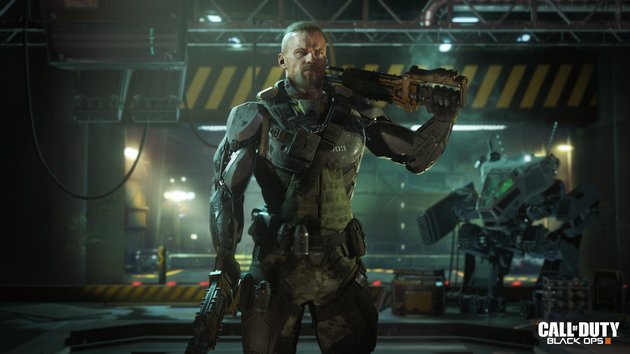 Call of Duty in VR. It’s what the uneducated (in VR) mind first thinks of when they hear about the Oculus Rift, HTC Vive or PlayStation VR head-mounted displays (HMDs) for the first time. But anyone that’s been following the tech will tell you that the fast-paced action and tightly-scripted sequences of this juggernaut are a recipe for a VR disaster, at least with the tech in its current state. Still, that doesn’t mean it’s not fun to occasionally look Activision’s seemingly unstoppable series and think about what could be, especially when it comes to the latest release, Call of Duty: Black Ops III.

Unique to this year’s campaign is 4-player co-op gameplay. Players are able to customise their characters and then head out into the battlefield. This could make for an exciting social VR experience for sure, allowing 4 friends to dart across hectic firefights, using position-tracked controllers to realistically aim advanced weaponry and toss grenades as if they were really there.

But, while VRFocus has looked at the Call of Duty series for this feature before, there’s one part of the series that could best suit VR; zombies. This survival mode, which made its debut in Treyarch’s Call of Duty: World at War, has gone on to become a pillar of the developer’s releases. In Call of Duty: Black Ops III it’s bigger than ever, with 2 storylines following groups of characters. Bring this desperate brand of action to VR is perhaps where the series would suit the tech best.

Horror experiences work incredibly well in VR as anyone that’s tried one will tell you. Having Call of Duty‘s hordes of undead charge in your direction could help instil a sense of fear that not many zombie titles are able to capture in 2015.