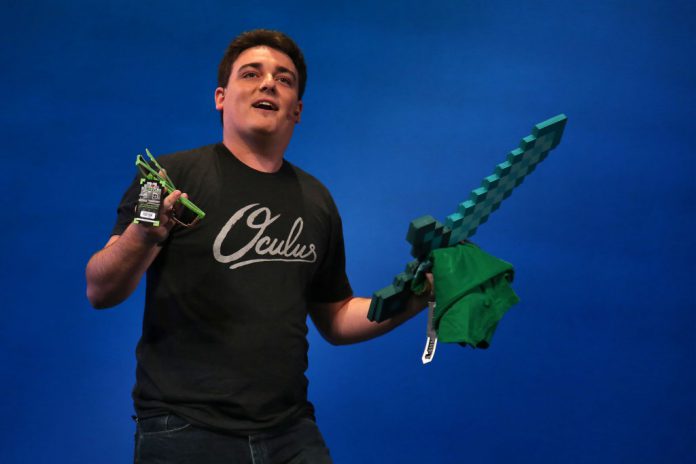 While entertainment and videogames in particular have been the driving force behind the virtual reality (VR) industry and its revival, the technology has already been shown to have many more uses. Education is one avenue for VR and Palmer Luckey, founder of Oculus VR and one of the industry’s most vocal supporters sees lots of potential for educational VR.

At the recent Web Summit conference in Dublin, Ireland, Luckey addressed attendees, saying: “I think there’s a lot of potential for virtual reality in the education industry … Classrooms are broken. Kids don’t learn the best by reading books,” reports The Guardian. “There’s clearly value in real-world experiences: going to do things. That’s why we have field trips. The problem is that the majority of people will never be able to do the majority of those experiences.”

He used the example of children at schools in Washington DC being able to visit the Smithsonian Museum, a field trip that would be far more expensive for students in other parts of the US, never mind overseas students. Using the idea of a virtual trip to Paris, France towards critics who claim VR couldn’t ever be a beneficial as a physical real life experience: “People could say: ‘But visiting France virtually will never be the same as visiting Paris in the real world.’ Well, it might not be the same. What matters a lot more is that everybody is able to experience it. Even if visiting Paris for real is something that’s better [than doing it with VR] it’s not something that eight, nine, 10 billion people in the world are going to be able to do.”

As the technology improves and becomes more widespread the future of cheap VR field trips for students becomes ever more likely, as the education system looks to provide more modern teaching methods.

VRFocus will continue to follow all the latest news and reports on VR and its use across the world.

The post Luckey: ‘There’s a lot of Potential for VR in the Education Industry’ appeared first on VRFocus.