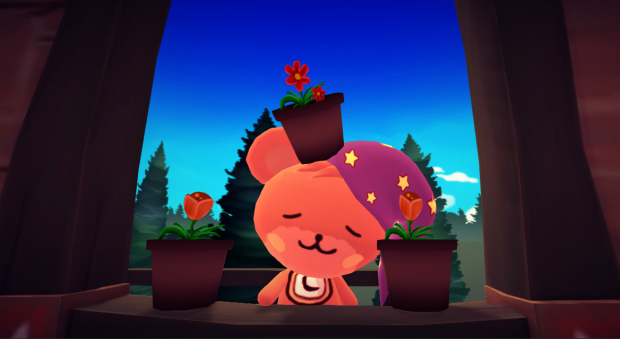 Starlit Studios has revealed to VRFocus that their highly-anticipated virtual reality (VR) videogame, Louie Cooks, will be launching via Steam next month. Following a hugely successful Steam Greenlight campaign and less successful crowd-funding initiative, work on Louie Cooks has been completed, including the addition of a story mode.

Louie Cooks casts the player as the titular cat as he endeavours to become a world class marmalade cook. However, things are a little more complicated than may at first seem as the ingredients are rebelling, and Louie must fight back the onslaught of angry fruit known as ‘cuties’.

Each type of cutie has their own weakness, and the player must shake their head, stare at them or make a loud noise to keep Louie cooking. Louie Cooks is compatible with the Oculus Rift head-mounted display (HMD), but can also be played on a traditional 2D monitor.

Louie Cooks will launch via Steam on 10th November 2015. No price for the title has yet been revealed, though VRFocus will keep you updated with all the latest details from Starlit Studios.