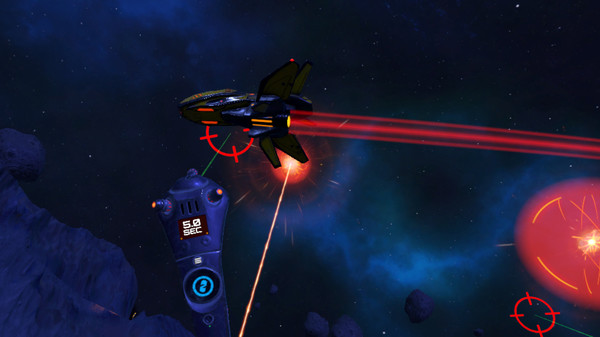 Austin, Texas based Gyoza Games launched their debut title earlier this month. The retro-arcade inspired Inbound has arrived on Steam exclusively compatible with the HTC Vive, and following the recent swiftly comes the first update. According to the development team, this and future updates will be based entirely on community demands.

Inbound is a shooting videogame which borrows heavily from the classic Missile Command, adapting the base-protection formula into roomscale virtual reality (VR). The first update offers new power-ups (one of the major criticisms from VRFocus‘ review of Inbound) as well as other minor fixes.

“We have just pushed an update which adds power-ups to the plasma turret and to the grenades, as well as giving you the ability to grenade distant missiles if you can. This can help “thin the herd” of inbound missiles, and make the melee more manageable,” states Gyoza Games in an official update to Inbound’s Steam page.

“Inbound has been live on Steam for only a few days and the response has been amazing! We’re thrilled people are enjoying the game,” offered John Nagle, Co-Founder of Gyoza Games, to VRFocus. “As a brand new title, we know our players will have many ideas for improvement, and we really want to be responsive to that feedback and make Inbound the best possible arcade VR experience.

“Among the excellent feedback we’ve received was a consistent call for more power-ups, and we couldn’t agree more. As a result, we’ve just released an update that adds both plasma and grenade power-ups. We’ve also added the ability to grenade distant missiles, which is a lot of fun. Expect more gameplay updates in the coming days and weeks as we work diligently to make Inbound the very best game it can be.” 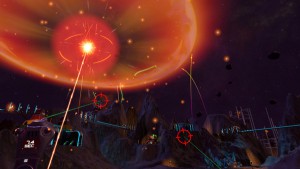 Inbound is available to download for HTC Vive now, via Steam. A launch window discount is currently available and will remain in place until 12th July 2016. VRFocus will keep you updated with all the latest details on Inbound as well as future VR titles from Gyoza Games.