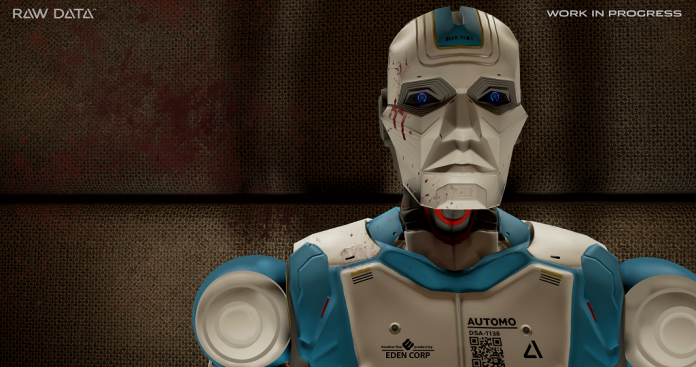 On Thursday, 14th July, Survios’ virtual reality (VR) title for the HTC Vive head-mounted display (HMD), Raw Data, launches on Steam Early Access. In preparation for the titles arrival the team has posted a welcome letter to the Steam community. In it the studio outlines some new features heading to Raw Data as well as encouraging players to help find any bugs or glitches by leaving feedback.

To start with Survios has got four missions for gamers to work through, all within Eden Corp’s expansive headquarters in Neo-Shinjuku.

And there’s going to be a mass of enemies that stand between you and victory. The evil corporation will be throwing some deadly killing robots at you, from the run-of-the-mill Automos, carpet-bombing Hornet Drones to heavy-hitting charging mechs and much more.

Movement has now been added to Raw Data in the form of teleportation. This will allow players to vary their play style, switching between close-up melee combat or some ranged shooting. Choosing a character will also dictate how players approach the videogame. Two have now been revealed, Bishop is the pistol toting Gun Cleric will Saija is a telekinetic Cyber Ninja. Full details on each of the characters will be released soon.

For keen players who want to keep regularly up to date Survios will be posting to  Steam, whilst sharing exclusive news and content on the developers social media channels – Twitter, Instagram , and Facebook . There will also be the official Survios Blog with dev insights, game feature spotlights, and more. Or just keep reading VRFocus and we’ll keep you informed of everything.