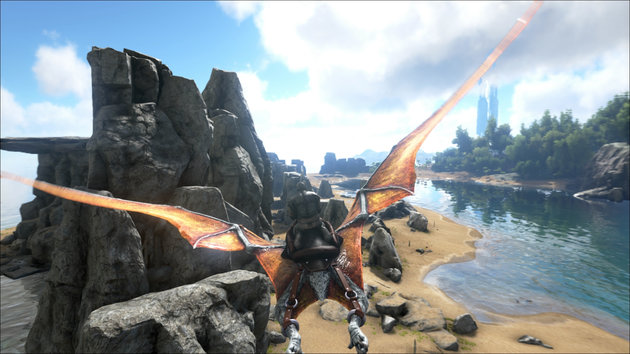 Virtual reality (VR) continues to dip into less niche areas, and it now seems it is popular enough for online video game stores to tempt prospective customers to buy into their products. Humble Bundle’s recent monthly subscription addition, Humble Monthly, is dangling a free copy of the Early Access survival title, Ark: Survival Evolved, in front of those who subscribe this month.

Originally priced at £22.99 GBP in Huble Bundle’s store, the action-packed title, developed by Studio Wildcard, drops the player stranded back at the beginning of humanity to hunt for food and sustain themselves. The videogame has seen a series of updates already this year, the most recent being the addition of the Terror Bird, as well as smaller gameplay tweaks.

To give an idea of what would be received in Humble Monthly, February’s titles, none of which scored below 8/10, included: Titan Souls, published by Devolver Digital; Broken age, The first graphic adventure by Tim Schafer in sixteen years; Volume, developed by the maker of Thomas Was Alone; 2D arena arcade title Penarium; Dropsy, a non-traditional point and click videogame; Alien: Isolation, a survival horror; a Humble Original title, Elephant in the Room; and a sneak peek demo of Planetoid Pioneers.

The offer will be available until 4th March and can be claimed here. Ark: Survival Evolved is also available for sale on Steam’s Lunar New Year Sale for 33% off at £15.40 GBP until 12th February.

Check back with VRFocus for the latest on VR.