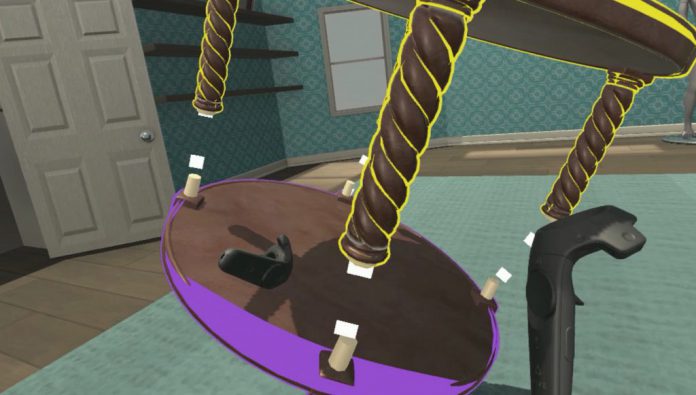 Love it or hate it building flat packed furniture is a way of modern life, but it doesn’t need to be boring. Which is precisely the road developer The Stork Burnt Down has gone with its furniture-building simulator, Home Improvisation. Released on Steam Early Access last year, Home Improvisation has won several awards for its novel gameplay and next week the title leaves early access. The studio has also revealed that when fully released it’ll feature among other things full support for the HTC Vive head-mounted display (HMD).

Home Improvisation isn’t just about building shelves and wardrobes, there’s a whole house to decorate. There’s a catch to all this building though, so players can work out the intended design or just decide to make whatever they feel like.

There’s over 30 pieces of furniture to build across six individual rooms with the new update and you can build everything on your own or with some friends. Up to three friends can join in locally but that’s likely for the standard version rather than for VR. There’s also an online multiplayer to invite another player to your house, or round theirs.

The current price for Home Improvisation is £6.99 GBP but the Steam listing does state that the price could increase after leaving early access. No finalised priced has been announced.

Home Improvisation will launch on Thursday 28th July, for any further updates on the title keep reading VRFocus.