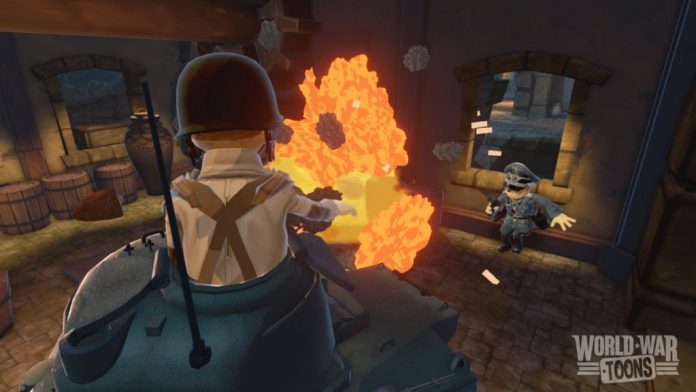 Reload Studios’ highly anticipated virtual reality (VR) first-person shooter (FPS), World War Toons, is set to launch later this year, and with it brings support for Virtuix’s Omni, a traversal device specifically designed for locomotion in VR. World War Toons has been created using Unreal Engine 4, for which Virtuix has provided an SDK to the studio and several other as-yet-unannounced teams.

“Playing World War Toons with the Omni is a ton of fun. First-person shooters in VR really come to life with a motion platform like the Omni,” stated James Chung, CEO of Reload Studios. “We’re excited to work with Virtuix to support Active VR with natural locomotion for our flagship title.”

Gamers at the Taobao festival, Shanghai, this weekend can experience World War Toons on the Omni for the first time.

“Gamers dream of playing first-person shooters in VR, but are currently hamstrung by motion sickness challenges and room-scale space constraints, which have forced the adoption of unnatural navigation schemes like teleportation that inherently break immersion and gameplay,” stated Jan Goetgeluk, Founder and CEO of Virtuix. “The Omni solves these challenges and demonstrates that first-person shooters are not only possible in VR, but they are an absolute blast. World War Toons is an incredible VR title that has the courage to avoid comfort modes like teleportation. We are excited to work with the talented Reload team to integrate the Omni in World War Toons.” 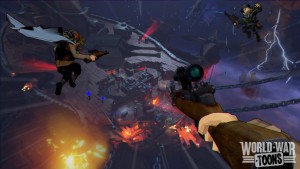 According to Virtuiz, Reload Studios is the first but not the only major studio working on Omni integration. So far, a total of seven studios are actively working with the Omni SDK to provide native support. Virtuix provide SDKs for both Unity3D and Unreal Engine 4. A video showcasing World War Toons being played on the Omni follows below, and VRFocus will keep you updated with everything from both Reload Studios and Virtuix.