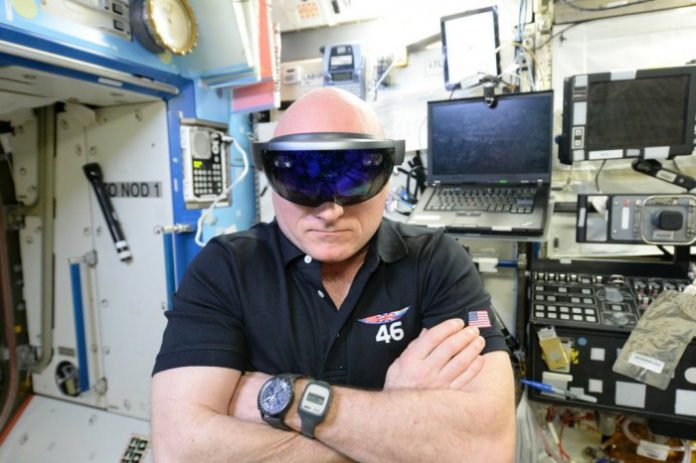 We live in a time that is closer than ever to replicating the Trekky fantasy now that virtual reality (VR) has been taken into space. NASA launched the Sidekick project last year and now pictures have emerged of astronauts using the Microsoft Hololens to aid future missions.

The space agency started up project Sidekick to test out ways to remotely assist and increase the efficiency of astronauts on missions using the Hololens. There are two modes in which this project is being performed in – the ‘Remote Expert Mode’ where Skype is used to see what a crew member sees and is talked through instructions, and ‘Procedure Mode’ where procedures are illustrated through animated holographic displays. The latter of course uses the headset, and is said to reduce the amount of unneeded training and increase communication.

Pictures have been released on a blog post by Microsoft, which shows how astronauts are utilising the Hololens to complete tasks, which can also be seen in the video below. It was said in the post, written by Alex Kipman, creator of the Hololens: “We couldn’t be more thrilled about the work we are doing with NASA – I can’t wait to see more from the crew at the International Space Station!”

Kipman also took to the stage to showcase the Hololens at TED 2016 where he demonstrated how he could be ‘transported’ to Mars, and saying that augmented reality (AR) would overtake the popularity and use of computers, smartphones, and screens.

For more news and updates on VR, check back with VRFocus.