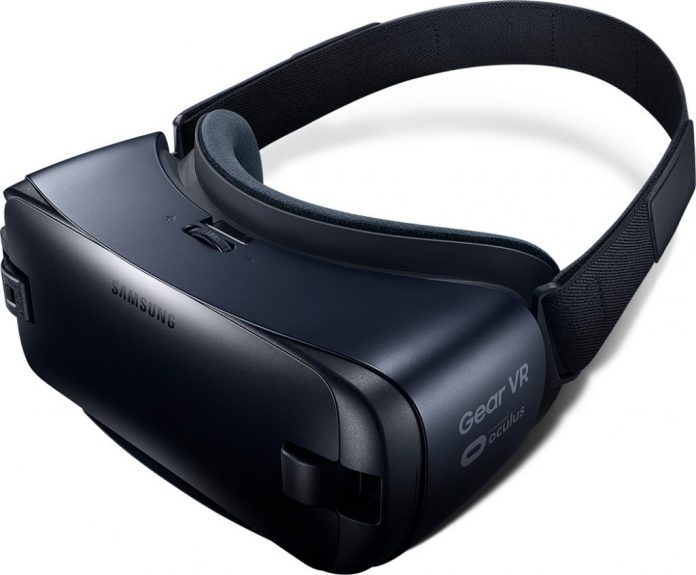 Samsung Unpacked has become a regular event that heralds new opportunities for virtual reality (VR). Just two years ago the Samsung Gear VR was initially unveiled. Earlier this year brought news of the Galaxy S7 and S7 Edge specifications, along with dynamic streaming for video content. Today’s event however, was a showcase of new hardware that offered little in the way of progression.

The Gear VR casing for the Samsung Galaxy Note7 offers a little refinement, but no new features. It’s form factor is so similar to the existing consumer model that if it wasn’t black opposed to white you’d be hard pressed to tell the difference. The device now uses a USB-C port, but as with the Samsung Galaxy Note7 it comes with an adapter that makes it compatible with existing Gear VR smartphone handsets.

It’s perhaps this backwards compatibility that limits the device. The same touchpad control seen on the original Gear VR Innovator Edition (without the crosshair finger indent) was present as well as the back button, and as such a separate Bluetooth controller will still be required for many videogame experiences.

The showcase of the hardware at Samsung Unpacked today avoided these issues but sticking square-and-true with video content. An ‘extreme’ kayaking experience used motion-based (particularly small) kayak simulation booths. A boxing experience had the viewers moving back and forth on a motion-based row of chairs with each punch. Two demo reels offered cuts of Gear 360 filmed content and browser-based file viewing. All of these demonstrations were of commendable quality, but were nothing that the last six months of Gear VR hasn’t offered. It was arguably a better showcase of the Gear 360 camera than the Gear VR.

The most exciting part of the Gear VR’s presentation at Samsung Unpacked is one which has a huge question mark hanging over it: augmented reality (AR). Twice during today’s showcase the audience were asked to don the supplied Gear VRs and view first a trailer for the Galaxy Note7, then a unique showreel of Gear 360 filmed content. Prior to and after these two video pieces the Gear VR view was granted a simple AR overlay using the passthrough camera. Akin to Pokémon GO in it’s limitations – a simple overlay untethered to geographic location or real-world properties – the use of the technology here hinted that bigger things could be on the horizon. However, the fact that the consumer version of this new Gear VR doesn’t feature a cutout for the camera’s image to passthrough casts concern over Samsung and Oculus VR’s intentions.

While an AR & VR combined device may have been too much to hope for this early on in either medium, the stagnation of the Gear VR hardware is worrying at best; especially when considering the imminent arrival of Google’s Daydream (with which it’s most likely – though not confirmed – that the Galaxy Note7 will be compatible). There was a time not so long ago where this partnership of mobile manufacturing and VR credentials inspired the industry to push forward into new ground. Today however, Samsung and Oculus VR seemed happy to rest on their laurels and leave it to others to innovate.