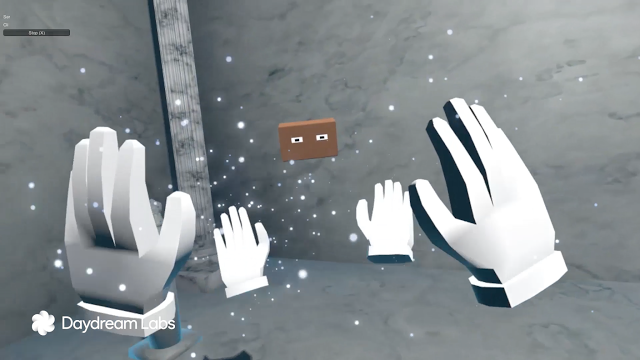 It feels as though we are all eager to hear the latest that comes from the Google Daydream Labs, and they are certainly gathering together information and techniques that can help the virtual reality (VR) industry very much. In the latest Google blog post, there are a few points to be discussed about how to have a positive social experience in VR.

Over the last year the Daydream Labs has been looking into experimenting with social VR interactions. “Just like in real reality, people naturally want to share and connect with others in VR. As developers and designers, we are excited to build social experiences that are fun and easy to use—but it’s just as important to make it safe and comfortable for all involved.”

There are three points that the labs have put together: users being unsure about social norms when using multiplayer, the protection of user safety, and the reward of positive behavior.

The first issue is how to act with others in a VR space, and whether or not putting yor hand through another player’s head or stand inside of someone else is a good idea – which, as the research shows, certainly is not.

“For example, in a shopping experiment we built for the HTC Vive, two people could enter a virtual storefront and try on different hats, sunglasses, and accessories. There was no limit to how or where they could place a virtual accessory, so some people stuck hats on friends anywhere they would stick—like in front of their eyes. This had the unfortunate effect of blocking their vision. If they couldn’t remove the hat in front of their eyes with their controllers, they had no other recourse than to take off their headset and end their VR experience.”

This all links in with the second point of feeling safe within VR – such as invading space. This was touched on a bit when talking about how to prevent sexism and sexist attacks in VR, but of course this counts for everyone.

The third point is positive behavior reinforcement. If people can interact in positive ways then they will be spurred on to do more of these types of actions. For example, fireworks or clapping when high fiving. However, when someone gets punched, there is no reaction.

For more from Google, as well as all the latest news, updates, and features in the world of VR, make sure to check back with VRFocus.