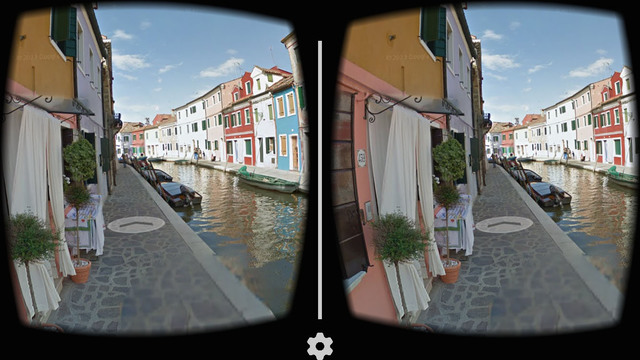 Last year Google surprised the virtual reality (VR) community with the reveal of Google Cardboard, a unique new mobile head-mounted display (HMD) concept that allowed practically anyone to build a VR device using mostly household materials. The affordable, low-end system proved to be a hit not just with VR enthusiasts but also brands and other companies, showcasing adverts and more using the kit at various events since. The Google Cardboard concept has also grown in ambition in the year that’s followed, and this week gets even bigger.

Google has announced that its Google Cardboard app is now available in a total of 39 languages with 100 countries on both the Android and iOS operating systems (OSs). Developer docs for the concept are also available in 10 languages. As VRFocus has already reported, the company has also finally brought the Google Cardboard to a long-requested app, Google Street View, and even showcased some brand new HMDs that fit inside its ‘Works with Google Cardboard’ label, including the new Zeiss VR One GX.

Perhaps the most important news is new updates to the Google Cardboard software development kits (SDKs) for both Android and the Unity development engine. These new versions address 2 of developer’s top requests in the form of both drift correction and Unity performance.

“This update includes a major overhaul of the sensor fusion algorithms that integrate the signals from the gyroscope and accelerometer,” the company noted in a new blog. “These improvements substantially decrease drift, especially on phones with lower-quality sensors. The Cardboard SDK for Unity now supports a fully Unity-native distortion pass. This improves performance by avoiding all major plugin overhead, and enables Cardboard apps to work with Metal rendering on iOS and multi-threaded rendering on Android. All of this adds up to better VR experiences for your users.”

VRFocus will continue to follow Google Cardboard closely, reporting back with any further updates on the system.