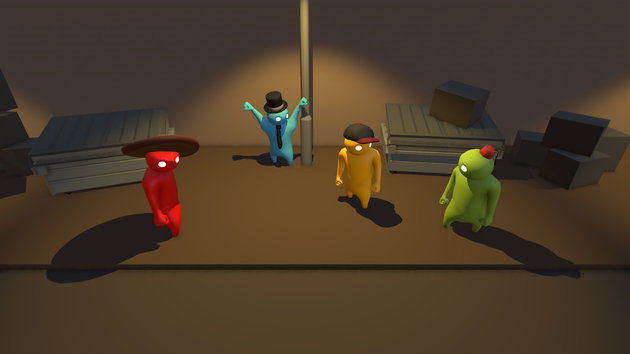 Back in September 2015 it was announced that Gang Beasts, the ever-popular party brawling videogame from indie developer Boneloaf, would be getting support for the Oculus Rift virtual reality (VR) head-mounted display (HMD). The announcement was made on-stage at the 2015 Oculus Connect 2 developer conference, and it was later confirmed that Esper developer Coatsink Software would be helping Boneloaf to integrate the support. Now, after a few months of silence surrounding the project, it’s been revealed when and where Gang Beasts will make its VR debut.

The title will be on display on the Oculus Rift at EGX Rezzed 2016 at the Tobacco Docks in London, UK on 7th – 9th April next year. Last week it was announced that Coatsink Software will also be bringing its recently announced puzzle sequel, Esper 2, to the event on the Gear VR mobile-based HMD. EGX Rezzed itself is primarily aimed at indie developers, and the organisers have noted that more VR videogames will be on display at the event, so expect plenty more announcements over the coming weeks and months.

It’s not clear just how Gang Beasts will integrate the Oculus Rift at this point in time. The multiplayer fighting experience is traditionally played from a third-person perspective in which all players share the same screen, something that obviously won’t be possible on the Oculus Rift. Whether this means that title keeps the same camera angle, or if players might get to control one of its colourful characters from a first-person view for the first time remains to be seen. Gang Beasts is also on its way to PlayStation 4, but support for the PlayStation VR HMD hasn’t yet been mentioned.

VRFocus itself will no doubt be at EGX Rezzed to find out all about Gang Beasts and any other VR videogames appearing at the show.