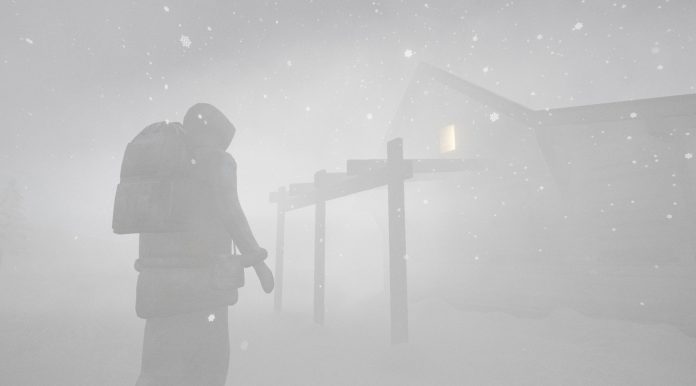 There have been a few cases of titles in virtual reality (VR) that throw the player into an isolated blizzard, which in VR is effectively through the lack of visual clarity of what the player is actually looking at when trying to achieve a scary thrill, just as Edge of Nowhere has successfully created. Storm VR is a title created by UNIT9 which solely concentrates on this blizzard setting to hinder your chances of survival while solving mysterious puzzles.

Just as the screenshots and trailer shows, there is a vast amount of white blocking your view as you search around the scene to collect clues and objects to ensure your survival. The story of this title is that you are stuck outside of a small hut in this severe snow storm, and the aim of the game is to get inside within 5 minutes.

Although this sound simple, there are a few items that need to be obtained, and you have to find them before your body gets so cold that your limbs cease up and the storm gets way worse. Players must hang on and persevere if they wish to get through this ordeal: “Get warm or die trying”.

The gameplay seems to be relatively straight forward, and it certainly needs to be with the impending doom resting on your shoulders. The videogame itself, developed on Unreal Engine 4 (UE4), has been teased only very slightly, with the trailer on the Steam Store page refusing to show much more than the general scenery, creating an air of mystery around the title.

Storm VR is a title that is coming soon to the HTC Vive and Oculus Rift head-mounted displays (HMD), and so VRFocus will continue to keep up with UNIT9 for when the title is officially released. Until then, make sure to check back with VRFocus for the latest news and updates.