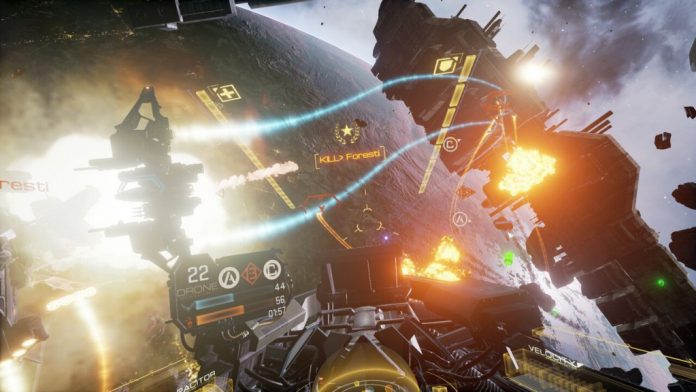 There’s been a lot of discussion as to how CCP Games, best known for its popular EVE Online massively multiplayer online (MMO) title, will distribute its upcoming virtual reality (VR) spin-off, EVE: Valkyrie. While it’s easy to see the online dogfighting videogame releasing as a full premium product, this isn’t the route that the developer traditionally takes. Today, CCP Games is finally revealing how it will release at least some copies of the title, namely as a free bonus for those that pre-order the Oculus Rift head-mounted display (HMD) in the future.

Both the company and Oculus VR have confirmed that, when early orders for the PC-based kit finally open at an undisclosed time, those that take part will get a full copy of the experience. This continues a long history of cooperation between Oculus VR and CCP Games that began back in 2013 when EVE: Valkyrie was first revealed for the Oculus Rift and said to be co-published by Oculus VR on PC. Since that time, the title has become something of a poster child for VR and a staple showcase for the tech at a wide range of events.

Creator of the Oculus Rift, Palmer Luckey himself, had this to say of the news: “EVE: Valkyrie is one of the most anticipated virtual reality games, and one of the first true VR games to go into development. It perfectly captures the promise of immersive gaming, shooting you into a sci-fi adventure as you pilot a spaceship in search of combat. Battling your friends (and enemies) in multiplayer space dogfights is the ultimate VR thrill, and we’re excited to partner with CCP to bring this experience to Rift owners everywhere.”

Obviously, this confirms the title will be a launch experience for the Oculus Rift, which will also come bundled with an Xbox One controller. That’s what fans can expect to use to pilot their craft as they take part in multiplayer battles. EVE: Valkyrie itself will also be arriving on the PlayStation VR HMD on PlayStation 4, though it’s yet to be revealed when this version will launch.

VRFocus will be providing plenty of coverage on both EVE: Valkyrie and the Oculus Rift in the run up to launch next year, including a hands-on preview of a brand new build coming later today.

The post EVE: Valkyrie Will Be Free With Oculus Rift Pre-Orders appeared first on VRFocus.