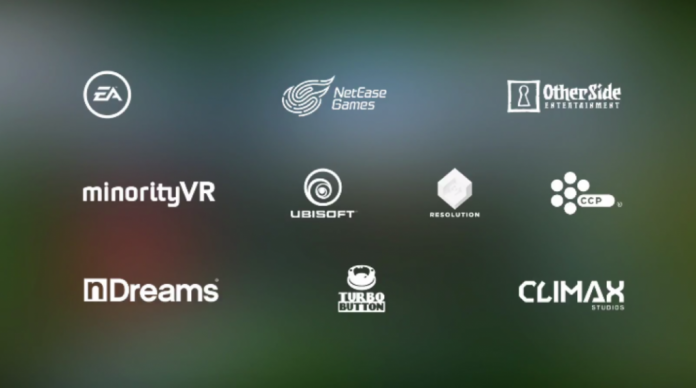 Electronic Arts has already revealed their first title, Need for Speed: No Limits VR, while CCP Games has unveiled EVE: Gunjack Next, a new edition of their popular Gear VR gallery shooter (subsequently made available on Oculus Rift and HTC Vive, and also coming to PlayStation VR) based in the EVE Online universe. Atomic Bullfrog LLC’s Atomic Bowling will also be making the jump from Gear VR to Daydream.

Ubisoft and Otherside Entertainment, the developers of the forthcoming System Shock 3, have also been confirmed as developing for Daydream, along with UK studios nDreams Ltd. and Climax Studios. However, no titles have yet been confirmed from these studios.

The Google Daydream platform is set to launch this autumn, bundling both the HMD and its wireless controller. No specific release date or price point have yet been revealed, not has the final design of the hardware itself. Instead, the image below – a mockup of the product – was the only imagery presented aside from the Daydream logo. 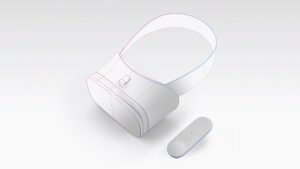 The announcement of Daydream came today at Google I/O 2016, Mountain View, California, where Clay Bavor, Vice President of Virtual Reality at Google, took to the stage to reveal the device, Google’s intentions for mobile VR and the many partners associated with content development. Few further details are currently available, but VRFocus will keep you updated with all the latest details from the ongoing Google I/O event.