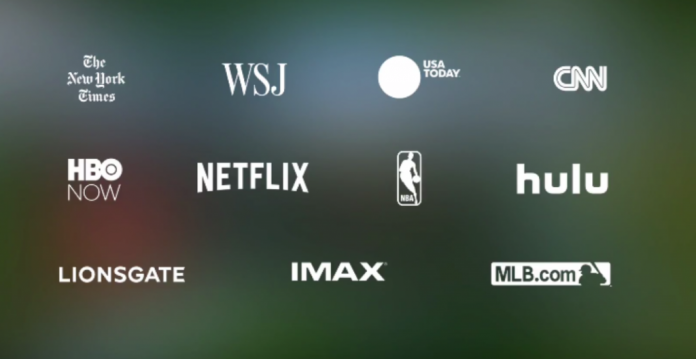 At the Google I/O 2016 conference taking place in California today, Clay Bavor, Vice President of Virtual Reality at Google, came on stage to talk about the company’s virtual reality (VR) plans for the future. In the announcement he revealed Google Daydream the next head-mounted display (HMD) the firm is working on. Bavor also unveiled which companies Google had partnered with for the latest content.

The New York Times has been heavily involved with VR and Google for sometime now. Last year the news outlet distributed Google Cardboard headsets to 1.1 million subscribers and in April 2016 sent out a further 300,000 to loyal digital customers. NYT has also produced numerous VR films like Take Flight and The Displaced.

Movie services like Netflix and Hulu have also invested in VR, bringing both their respective apps to the Samsung Gear VR last year in an announcement at the Oculus Connect 2 event in September 2015.

While these streaming services have a large range of movies and original TV shows, another boon for Google is signing Lionsgate, which owns two for the biggest film series from the last few years, The Twilight Saga and The Hunger Games. Also on its roster is Divergent, Fahrenheit 9/11 and Now You See Me.

As well as traditional content there’s been a selection of videogame developers unveiled as well as VR titles. These include CCP Games’ Gunjack, Ubisoft, nDreams and EA to name a few.

VRFocus will bring you the latest Google Daydreams info, reporting back any further announcements.