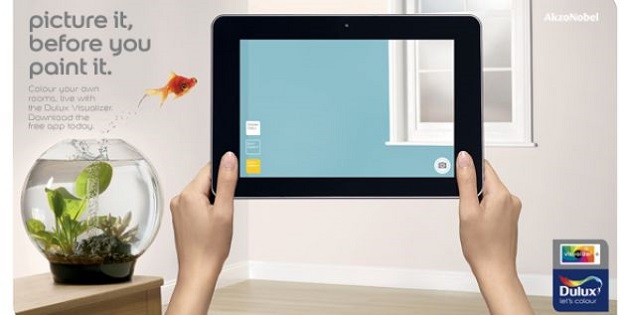 Augmented reality (AR) technology is being used in a variety for different ways by companies across the globe. Paint manufacturer Dulux is one business that is utilising the technology through its Visualizer app.

The app was launched in 2014, and its just received several updates. While these updates do vary from market to market, one of the main additions is the ability to allow users to synch up their virtual scrapbook onto the Dulux site, reports The Drum. Another main feature will allow users to colour in their photos with Dulux paints without having to stand in the room they wish to paint.

While UK version of the app will give users the option to buy testers stright from the software. “We know from research that if you get people to the point of getting a tester then there’s a high conversation rate of them actually applying the paint to the wall and then actually buying it,” said David Menko, global head of marketing, Decorative Paints at Dulux owner AkzoNobel. “It’s really aligned with the marketing strategy to execute and convert and make life easier for consumers.”

The current Dulux Visualizer app is available in 40 countries, 28 of those have received the update currently. VRFocus will continue to report on the latest AR news as details are released.