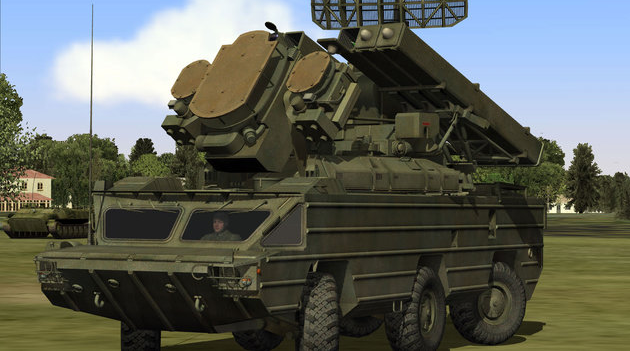 Earlier this week VRFocus reported on the news that Immersive Entertainment’s The Grand Canyon VR Experience had added support for the HTC Vive virtual reality (VR) head-mounted display (HMD). But that isn’t the only title to recently integrate the device, which was created in a partnership between HTC and Half-Life developer Valve. Eagle Dynamics has this month confirmed that its popular realistic combat title, Digital Combat Simulator World, is also now working with the upcoming PC-based device.

One of the title’s producers recently noted as much over on Eagle Dynamics’ own forums. “DCS World is now working in Vive and we are currently testing the VR game controllers for cockpit interaction,” they wrote. Of course the HTC Vive itself isn’t yet released, although those with a developer edition of the kit should be able to sample this support. This should mean that Digital Combat Simulator World will be a part of the launch line-up for the device, though the developer hasn’t explicitly said as much.

Digital Combat Simulator World is a free-to-play vehicle-based experience in which players can pilot and drive a wide range of aircraft, land units and warships. As the name suggests, the title aims to be a realistic experience in which players control units from countries such as the United States, Russia, the United Kingdom, Spain, France and Germany. While the main experience is free, there are also several premium expansions that add to the list of features and vehicles. The title already features support for another major VR HMD, the Oculus Rift.

The HTC Vive itself is expected to see a limited launch in 2015, though the companies behind it are yet to provide any further details on this. At any rate, a wider launch is said to be taking place in Q1 2016.

VRFocus will continue to follow Digital Combat Simulator World‘s VR support, reporting back with the latest updates on its progress.