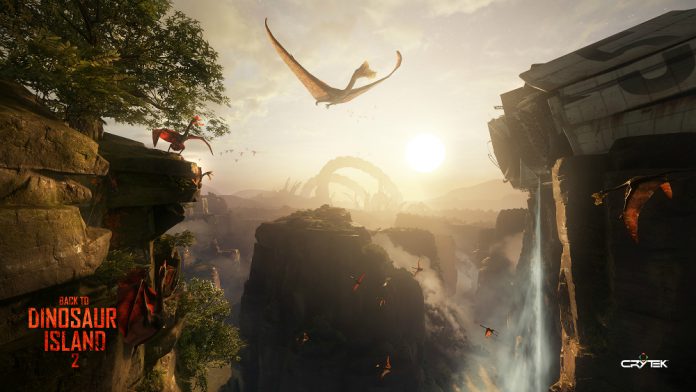 Crytek recently released its Back to Dinosaur Island 2 virtual reality (VR) demo as a free download for Oculus Rift owners via Steam. Following that release, the feedback has been remarkably positive, according to Executive Producer, Elijah Freeman, who is now overseeing the upcoming Oculus Rift exclusive, The Climb.

Back to Dinosaur Island 2 invites players to scale a deadly cliff face as huge flying dinosaurs react to their presence, and debris rains down from above. Mysterious landmarks on the horizon and stunning vistas on every side combine to immerse gamers in an entirely new reality. Originally revealed at the Electronic Entertainment Expo (E3), Los Angeles, in 2015, VR enthusiasts can now try the technical demonstration for themselves.

Crytek’s Freeman, said, “The feedback we received from people who played Back to Dinosaur Island 2 was really encouraging, and the lessons we learned from creating it have been significant for our current VR projects. The demo goes beyond being merely a visual showcase and includes interactive elements that harness the unique power of the medium.”

Crytek are showcasing The Climb, an Oculus Rift exclusive title, as well as hosting various events throughout the Game Developers Conference (GDC), San Francisco, this week. VRFocus will be in attendance bringing you all the latest details as they happen.