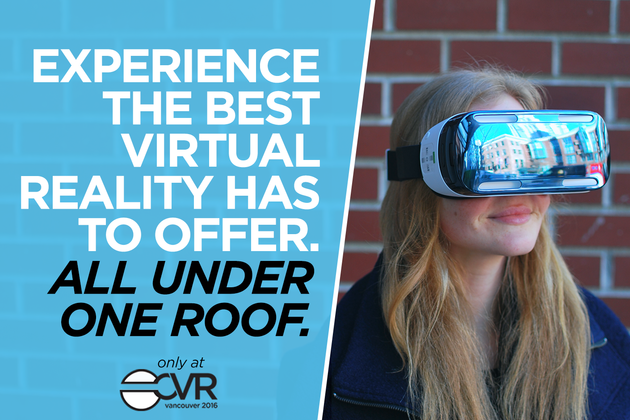 Consumer VR (CVR 2016) has today announced a number of new additions to its line-up of exhibitors. CVR 2016 will be held on 14th May 2016, at the Vancouver Convention Centre, with the aim of providing consumers and enterprises exclusive access to new and award-winning virtual reality (VR) experiences.

“CVR was established with the vision that first-hand experience with virtual reality is the only way to fully understand its potential,” said Derek Chen, president of Archiact. “This is a crucial time to demonstrate and discuss how VR/AR technologies can drive new efficiencies across a multitude of industries.”

From basic mobile VR experiences to full-motion-capture multiplayer content, CVR 2016 will feature a range of VR technology across all platforms. International industry leaders such as Cloudhead Games, DreadHalls, PicoVR, VRstudios, and Wavesine Solutions will showcase their best VR content and hardware. VREAL, VRChat, the National Film Board of Canada, analysts of The Kelsey Group, and Academy Award-winning visual effects and VR film pioneers have also been confirmed for the event.

“VRstudios is thrilled to be sharing our one-of-a-kind platform for gaming and commercial enterprises at CVR 2016,” said Mary Jesse, chief strategy officer for VRstudios and a speaker at the conference. “We have customers around the world benefiting from our full-motion, multi-user, wireless VR system, making this international conference a perfect venue to present our distinct capabilities.”

Hosted by Archiact Interactive, CVR 2016 is an annual international conference and expo held at the Vancouver Convention Centre. VRFocus readers interested in attending can purchase a ticket with a 40% discount via www.consumer-vr.com, using the discount code ‘VRFOCUS’.