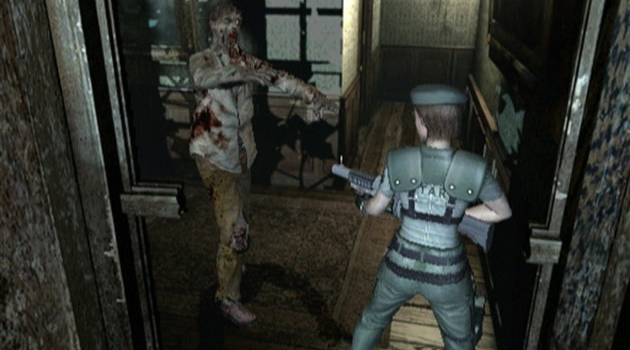 Capcom has already revealed that it is working with virtual reality (VR) tech. Earlier this year the company revealed Kitchen, a horror tech demo that has been showcased with the PlayStation VR head-mounted display (HMD) for PlayStation 4. It was safe to assume the company would be carrying on with its work in VR, then, but today that’s been confirmed. In fact, it’s been revealed that the company’s Development Division 1, which handles the popular Resident Evil survival horror franchise, is developing its new engine – already revealed by VRFocus – and videogames for VR.

This much was revealed in Capcom’s ‘Integrated Report 2015‘, which was released today and picked up by GamesIndustry.biz. The group is headed up by Resident Evil 5 producer Jun Takeuchi, who VRFocus reported was working on the company’s new VR engine back in June.

“At present, we are focusing our energy on challenging the virtual reality (VR) game market,” reads a summary on Development Division 1. “In this terrifying world, you can twist and turn as you like, but there’s no escaping the creatures closing in on you…until you remove your VR headset and return to reality, that is. We delivered this very experienced [sic] with our ‘Kitchen‘ VR technical demo at E3 2015. The response was excellent. Currently, we are building a new game development engine able to support VR, which is the hottest market right now, while simultaneously developing titles for current game consoles. We have just set sail on our latest voyage.”

The division will be working on a mix of new and old IP for VR. Resident Evil itself is a franchise that is regularly discussed amongst the VR community. Last year producers on the series 2 most recent entries, a remake of the original videogame and Resident Evil: Revelations 2, noted that they were ‘stoked’ for VR and had even asked to build the original title’s mansion in VR for them to explore. Currently a remake is Resident Evil 2 is in development as is a multiplayer spin-off: Resident Evil: Umbrella Corps.

VRFocus will continue to follow Capcom’s work in VR closely, reporting back with the latest updates from the company.