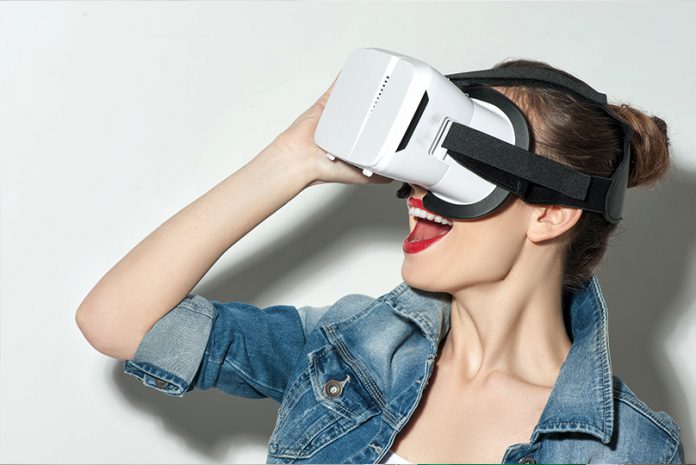 SIP CREATIVES, a Texas-based video production & marketing agency, has recently taken on a unique approach to virtual reality (VR). While most companies tend to focus VR technology on simulated experiences and gaming, SIP CREATIVES found a way to offer people a more human experience by creating an interactive Michael Jackson-inspired tribute video. The 360 degree music video allows the viewer to almost be part of the action, offering four minutes of something truly fun and interactive.

The team partnered with Raul Christopher Riojas and Billy “VooDoo Child” Angelini, who are professional dancers, choreographers, and entertainers that have traveled the globe producing dance related shows and events, with their most recent touring show called, “Paramount Laser Spectacular & ‘The Spirit of Michael Jackson’ Laser Show.” While brainstorming ideas for virtual reality concepts, SIP team members Travis McGehee, Xavier Ramirez, and Noah Castillo had the idea of creating the “Thriller VR” experience. During the VR 360 video production, SIP CREATIVES set-up multiple cameras that were precisely positioned on a rigging system that allowed each camera to capture and cover a portion of the spherical landscape, as the cameras all recorded simultaneously.

“We started with a blank canvas for filming, but found the room itself a little dull with limited space,” explained McGehee, Creative Director of SIP CREATIVES. “We began filling the space with dancers and brought life into the picture. We incorporated additional footage and VFX for the final video, such as the girl with black hair you see sitting in the left chair. We added her later than the initial day when we used the dancers.”

The video production team went through various processes that aren’t typical to traditional video editing to include video stitching, the process of stitching all captured footage to create one seamless piece. Furthermore, Binaural Audio (also known as 3D Audio) was crucial to delivering the ultimate experience. In this particular production, most of the final audio was done in post-production, where a binaural/3D audio mix was created. With this process, the audience can hear different sounds coming from each headphone ear piece to indicate where the sound would be coming from, if they were in the room with the dancers.

The biggest challenge SIP CREATIVES faced was the limited amount of space they had for dancers.

“We had to work with the dancers to alter the choreography and their performance in a way that works with a virtual reality 360 video camera rig,” said McGehee. “We needed to rehearse many times to get everyone in one flawless shot.”

Once the video was completed, SIP CREATIVES received a lot of buzz from their audience.

“The great thing about this, is it’s ultimately the audience’s adventure and they choose where their eyes and camera goes within its capabilities,” said Xavier Ramirez, Technical Director of SIP CREATIVES. “We had individuals wanting to dance along, laughing to what was being shown and even scared when they turned to different angles. Our goal was to keep them fully entertained and engaged by giving them an experience we believed would demonstrate the effectiveness of virtual reality.”

The Michael Jackson inspired “Thriller” virtual reality music video was purposely developed and produced as a no budget production, using the smallest and lowest resolution camera system. Ramirez says SIP CREATIVES did this “to demonstrate what is possible when working with extraordinary concepts and ideas.”

To learn more about SIP CREATIVES you can visit the company’s official website, and to view their own take on the “Thriller” music video, click right here.