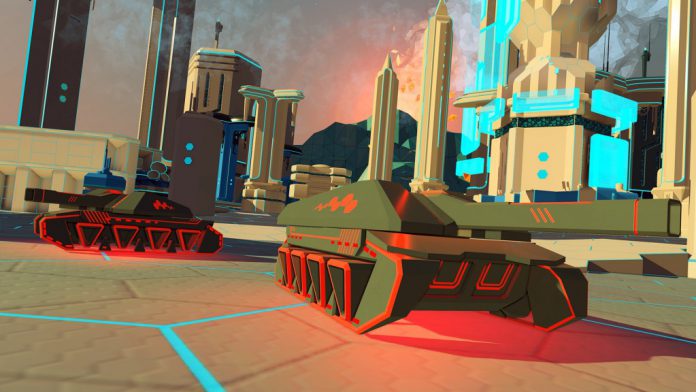 UK-based developer Rebellion has announced that its virtual reality (VR) title Battlezone, will be playable on the PlayStation VR head-mounted display (HMD), at the upcoming IGN Convention in Abu Dhabi, United Arab Emirates (UAE). The event which begins this Friday is the third IGN event to take place in the Middle East this year with pervious shows taking place in Qatar and Bahrain.

Battlezone is a reboot of the classic tank battling videogame, which sees players take control of an immensely powerful tank, fighting to save mankind. The title boasts a striking neon art style that pays homage to the 1980 original.

As well as supporting the PlayStation VR for PlayStation 4, Battlezone has also been confirmed for the PC-based Oculus Rift HMD. Oculus VR’s Nate Mitchell mentioned the title itself alongside a number of other VR videogames at Septembers Oculus Connect 2 developers conference, in Hollywood, California. The only other major HMD is the HTC Vive, also PC-based, but no support has yet been mentioned by Rebellion.

The IGN Convention in Abu Dhabi will be taking place on the 16th -17th October 2015, with a large gaming line-up. Alongside PlayStation VR, the VR industry will also be represented by the HTC Vive and Oculus Rift HMDs.

VRFocus will continue to follow all the latest news relating to VR, reporting back any further announcements.

The post Battlezone To be Playable at IGNCon Abu Dhabi appeared first on VRFocus.