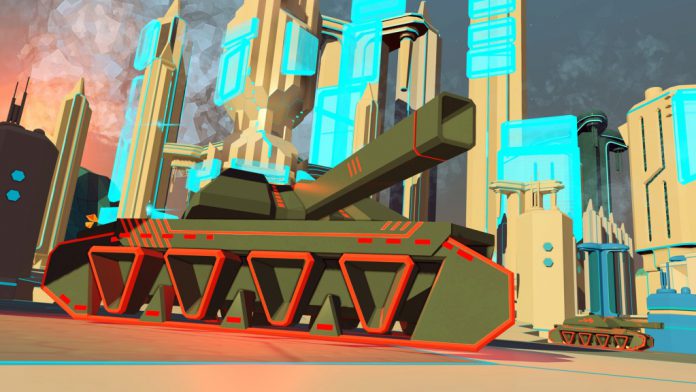 At Sony Computer Entertainment Europe’s (SCEE) Paris Games Week press conference earlier today, the PlayStation VR manufacturer announced that Battlezone would be coming ‘first’ to PlayStation 4. Since then, UK development studio Rebellion Developments has gone one stage further, confirming it would be a launch title for the head-mounted display (HMD).

Battlezone is a tank-based action videogame, throwing the player into the cockpit as they race across neon soaked landscapes in their advanced superweapon. Already confirmed for release on Oculus Rift also, Battlezone will launch as a PlayStation VR exclusive alongside the HMD itself.

“We’re delighted to be part of PlayStation VR’s launch line-up,” said Rebellion CEO and Co-founder Jason Kingsley. “Developing Battlezone is such a thrill because we’re right at the forefront, riding this incredible new wave of VR technology.

“PlayStation have been an invaluable partner, and our tech teams have worked closely to ensure Battlezone delivers the potential seen in their VR hardware. To launch alongside PlayStation VR at such a pivotal shift in the gaming landscape will be one of the most exciting moments in Rebellion’s 23 year history.”

No specific release date for the PlayStation VR HMD or Battlezone has yet been announced, however SCEE has previously confirmed that the device will launch in the ‘first half’ of 2016. VRFocus will keep you updated with all the latest details.