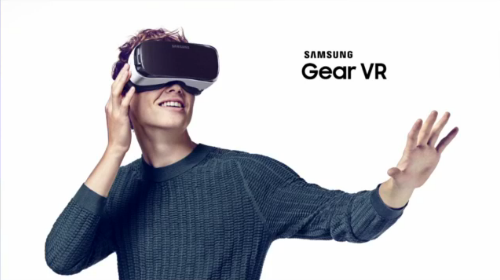 Earlier this month Oculus VR and Samsung released the first consumer version of the Gear VR mobile-based virtual reality (VR) head-mounted display (HMD) in the US. Since that time fans from around the world have been eagerly anticipating news on when the device will reach their respective country. A handful of European territories and a few others have already started their pre-order campaigns with one glaring omission; the UK. Today, however, online retailing giant Amazon has finally listed the device.

Amazon UK has listed what it calls the ‘Samsung Gear VR2′ on its site and it is indeed sold and dispatched by the company. That said, it’s important to note that much of the page uses placeholder information, such as the description for the Gear VR Innovator Edition for S6, which released earlier on in the year. As such, take the £95.99 GBP pricing with a pinch of salt, as Samsung UK itself has said that the device will be going on sale for £79.99 in the region. Sadly, it also doesn’t list a release date for the kit, instead stating that it will dispatch ‘within 1 to 3 months’. An official listing on Samsung’s own site or any other retail partners is yet to be revealed.

The consumer version of the Gear VR works with Samsung’s range of 2015 smartphones including the flagship Galaxy S6, the curved Galaxy S6 edge, the enlarged Galaxy Note 5 and the Galaxy S6 edge plus. It remains to be seen if the device will also work with the phones the company is planning to release over the course of 2016. In the US the device retails for just $99 USD and has seen a wide range of content arrive for it over the past few weeks. This includes the likes of Land’s End from Ustwo Games and Gunjack from EVE Online developer CCP Games.