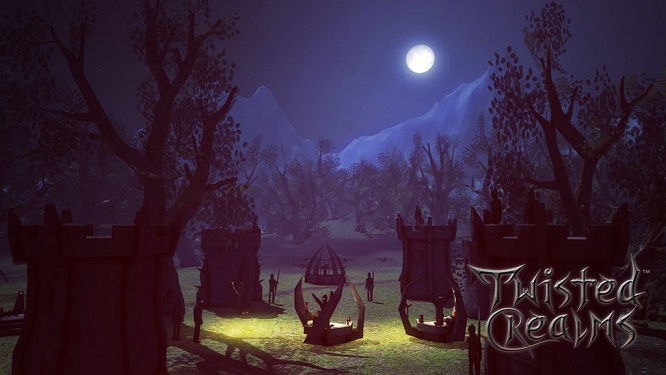 Aldin Dynamics is knee-deep in virtual reality (VR) development right now. The studio was one of the first to release a premium experience for the Oculus Rift head-mounted display (HMD) in its first-person title, Asunder: Earthbound, and it’s since launched a full videogame for the Gear VR mobile-based HMD in Twisted Realms. You can expect to hear much more from the team in the near future too, as it has recently confirmed to VRFocus that it will be unveiling a brand new VR title for ‘tracked input’ in the very near future.

CEO Hrafn Thorri Thorisson and Managing Director Gunnar Steinn Valgardsson stated as much to VRFocus in an interview that will be published in full later on in the week. “We certainly are!” the pair replied when asked if they were working on any new VR videogames. “Right now we’re working on a new experience for tracked input that we’ll unveil very soon.” The team didn’t offer any other hints as to just what this title could be or what platforms it would appear on. Presumably, ‘tracked input’ refers to position tracked controllers available with all major VR HMDs, though it could be something else.

Back in September Aldin Dynamics also announced its VR analytics tool known as Ghostline. This new kit will track data that’s gathered from sensors and position and motion-tracked controllers and physicall movements from players themselves. It could be, then, that the company’s upcoming videogame serves to highlight the benefits of this new tool, which will provide developers with information on player behvaiour and allow them to act on these details to improve their overall experience. Signups for news on the early access version of the kit are available on an official site.

VRFocus will continue to follow Aldin Dynamics’ work in VR, and will deliver the full interview with the developer later on in the week.