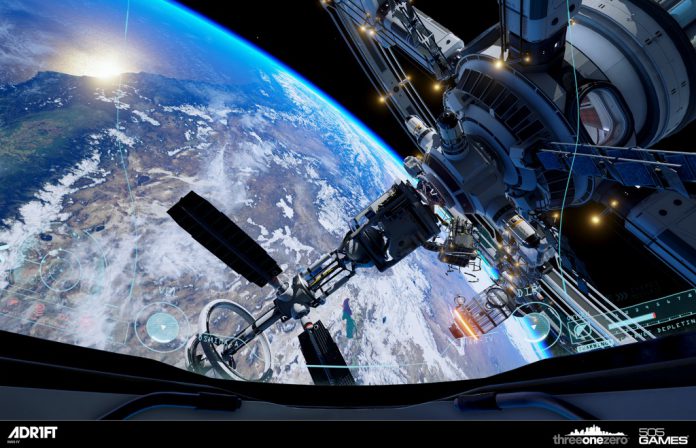 Today developer Three One Zero and publisher 505 Games released their space survival videogame ADR1FT onto the PlayStation 4. The title which debuted on Steam and Oculus Home for Oculus Rift back in March was made for virtual reality (VR), but it seems the companies aren’t going to make the jump from the console to the upcoming PlayStation VR head-mounted display (HMD).

A 505 Games spokesperson confirmed to VideoGamer that: “There are no plans to bring ADR1FT to PSVR at this time.” While slightly disappointing as the publisher had previously mentioned the videogame would be coming to “additional platforms” or “unannounced VR platforms” down the line.

And the statement also doesn’t categorically say it will never happen, the team maybe waiting to see how successful the launch of the headset is before committing time to it. Currently two other versions are being worked on.

At the moment ADR1FT is still scheduled to be released on XBox One, and a HTC Vive version is still being developed. The last update regarding the Vive was back in June after the planned launch in May didn’t happen. Three One Zero co-founder Adam Orth said via Steam: “We want to make sure that we support all of the ways the hardware allows our game to shine, so we’re going to keep working and make sure we deliver something exceptionally cool as soon as possible.”

But more news looks to be incoming next Monday 18th July, as Orth mentioned this week via his twitter feed: “#ADR1FT Vive is looking and feeling really great. We’ll have a progress update for everyone on Monday (07.18.2016).”

As details on the HTC Vive version are revealed VRFocus will keep you posted.