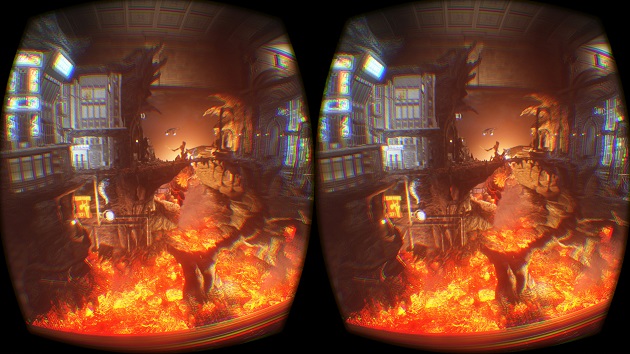 With benchmarking becoming an important issue as head-mounted displays (HMDs) near to launch in 2016, software company Futuremark has announced a new update for its program 3DMark with an interactive preview of VRMARK, its upcoming virtual reality (VR) benchmark .The update will allow users to view classic 3DMark scenes in VR.

In this preview, users will be able to move freely within one of VRMark’s test environments, getting up close to four 3DMark scenes in VR with Oculus Rift and HTC Vive headsets. The VRMark preview will also work with monitors to, for those who want to try but as yet don’t have access to a HMD. It’s also only for entertainment purposes, the software doesn’t produce a score. The 3DMark Holiday Beta is available to everyone who owns 3DMark on Steam.

For those that have the standalone Advanced Edition, and don’t want to wait for the update in 2016, 3DMark’s Steam FAQ explains how to add your 3DMark key to Steam.

When it launches VRMark will test a VR system’s ability to deliver a consistently high frame-rates and latency across a range of quality settings and content types. VR is highly sensitive to variations in frame-rate, and as such a smooth and stable output is crucial to providing a comfortable VR experience.

VRFocus will continue to follow the latest updates from Futuremark, reporting back any further announcements.