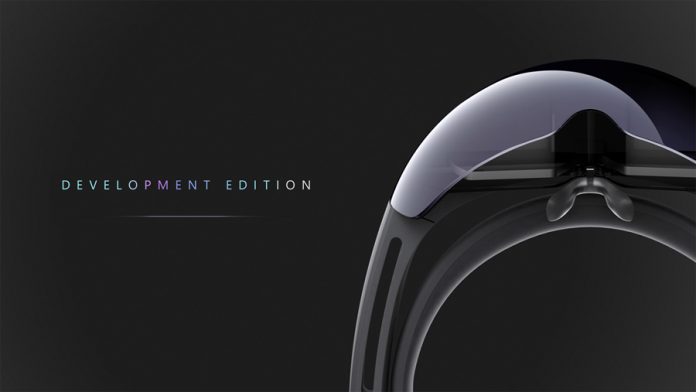 The Microsoft HoloLens, despite having been in the public eye for 10 months, has yet to receive its first public display. While the likes of the Oculus Rift and PlayStation VR made their playable debut at industry events and were followed shortly after by public outings, the HoloLens is a very different story. The industry’s leading virtual reality (VR) head-mounted displays (HMDs) were revealed some time before launch, Microsoft’s mixed reality (MR) solution is much further away from becoming a consumer product. Though, given the build quality of the most recent beta edition of the HoloLens HMD, you wouldn’t necessarily think that was the case.

The device is chunky and feels solid. The arms that grip the side of your head are comfortable and easy to position, allowing the built-in speaker system delivers it’s spatial audio with pleasing accuracy (head-related transfer function (HRTF) capability is apparently under internal debate at this point). The ratchet locking system rests on the lower part of the rear of your head in a similar fashion to the PlayStation VR HMD.

Comfortable and lightweight, the front display of the HoloLens rests lightly upon the bridge of the user’s nose. Microsoft’s ‘orientation’ video demonstrates how the device can be adjusted to fit users who wear glasses, though VRFocus was unable to fully examine this feature in the limited time available with the device.

Upon having mounted the device a reticule appears central in the field of view and the user is tasked with rotating 360 degrees in order for the HoloLens to ‘read’ the environment. The device does this by way of recording surrounding textures and depth with a series of triangle maps, and in VRFocus‘ experience it seemed more than capable of doing so in remarkable time. Purposefully increasing and decreasing both the speed and elevation of the rotation, HoloLens had no issues keeping up. Indeed, even when Microsoft’s demonstration assistant stepped into range HoloLens’ mapping process seemed to instantly recognise him as a moving component and adjust accordingly.

Microsoft representatives on hand suggested to VRFocus that this room mapping is continual, updated with every movement of the HMD. It certainly did seem this way, as the device’s output was never once confused by the movement of the demonstration assistant nor the newly available wall space behind where he had previously been standing. Of course there is no way to evaluate the full extent of the accuracy of this software in such a limited demonstration, but it did nonetheless prove to be convincing. 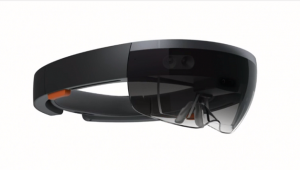 Less persuasive, and by far the weakest aspect of the HoloLens HMD at present, is the field of view offered by the device. Far greater that Epson’s Moverio glasses, the field of view remains a widescreen format display in the centre of your vision. The screen does not cover the full extent of the display on the HMD; there is no augmentation on periphery vision at all. While this may sound disappointing – which it is to a certain degree – it’s far wider than many earlier reports would let you believe. An aspect ratio is not currently available, though VRFocus‘ best guess would suggest a 16:9 aspect ratio across 60% of the average users total field of view.

Thankfully, this limited display size can contribute to the refresh rate of the image held within. During VRFocus‘ time with the HoloLens there was no noticeable latency. Again, exact specifications are not available at present, though rapid full body movement of several feet left and right, as well as ducking and pivoting, had no noticeable effect on the HMDs ability to display the correct image; no framerate drops, no screen tearing of any kind. This is while being experienced with solid and rapid moving 3D objects in an augmented reality (AR) videogame, Project X-Ray, which VRFocus will bring you more details on in due course.

In terms of development for the HoloLens, Microsoft has often been keen to assure that HoloLens is part of the Windows 10 ‘family’, thus creating software for the device will utilise the same applications developers are already familiar with as well as eventually being deployed on the same store. Microsoft revealed a partnership with Unity Technologies to offer HoloLens tools and plugins in Unity 5 back in April of this year, but no such confirmation has been offered for other videogame engines. When questioned about the possibility of working with Epic Games to integrate a solution into Unreal Engine 4 a Microsoft representative simply stated ‘we’re not talking about that right now’. Such a statement is of course open to interpretation, but ignoring the opportunities Unreal Engine 4 offers developers as an alternative to Unity 5 is undeniably restricting the appeal of the device to developers but also limiting the potential visual quality of high-end productions. 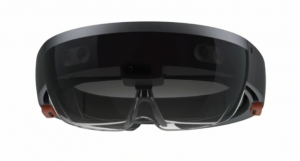 The presentation of the HoloLens HMD was deemed the ‘beta’ version by representatives on hand, and it was confirmed to VRFocus that there was no ‘ghost’ machine powering the experience. This, if truthful, is impressive. The HoloLens has certainly come a long one since its first tethered demonstrations and with plenty of time remaining until a potential consumer release many of the lingering issues could be tackled. Indeed, Microsoft’s representatives stated that the specifications of the HoloLens’ on board hardware had not yet been revealed as they are regularly changing. If this is to be the case, expect the device to continually improve with each outing over the next 6 months.